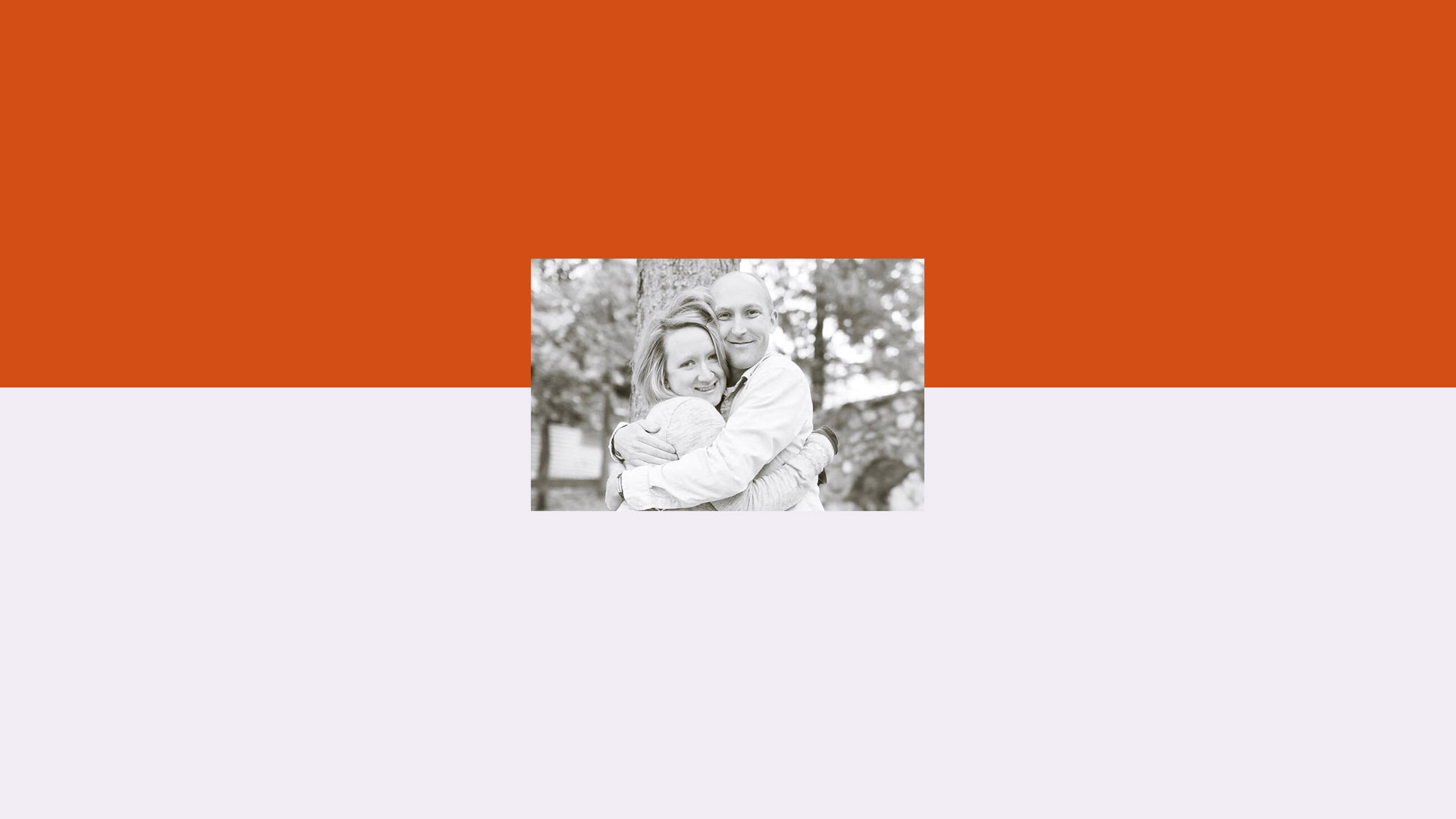 Every once in a while, you come across a book that people of all ages can love. The Shoephabet by Sarah and James Steele is undoubtedly one of those books. This book originally popped up on our radar when our own Susan Rimmerman highlighted it in one of our December Staff Picks posts.

Meet Sarah and James Steele, parents of three little redheaded Hoosiers (all under age five, also known as the Red Heads.) Sarah loves writing with rhyme and rhythm. She was lucky enough to marry an artist, and together, they have entered the picture book world, pairing amusing rhymes with classical art. We were lucky enough to snag some time in their busy schedules to learn more about the two of them, their family and their fun book projects.

How did you two meet?
We met on accident. James was a sophomore in college; I (Sarah) was a freshman. I had met a “James” earlier in the week, and we had agreed to go dancing together at a local festival in our small town, but I didn’t even know James’ last name! By using the school directory and the process of elimination, I decided to call James Steele, who ended up being…the wrong James! I was mortified (I didn’t want to be that girl), and he was weirded out (by that girl). A friend introduced us in the cafeteria a week later, but I vowed never to speak to him again. However, the next year, we were both on the leadership teams of our dorm halls, which happened to be paired as brother-sister halls that year. With that and the help of AOL Instant Messenger, we continued the path we accidentally started!

Who is your favorite poet?
James:King David
Sarah: I love Dr. Seuss for his silliness. Having FUN with WORDS is what I love to do. And as a former English Language teacher, I became quite fond of Jane Medina’s work in My Name is Jorge. I used her poetry to inspire my students to embrace their bilingual, bicultural lives and to find their own voice. These two poets couldn’t be more different (silly vs. serious, rhyming vs. free verse, make-you-laugh vs. make-you-cry), but they speak to my two heartbeats in writing.

Your heroes in real life?
James: Stefan Sagmeister is my design hero. He typographic work is nothing short of mind blowing.

Sarah: George Muller, who fed and housed thousands of orphans, making his needs known to God alone through prayer. He loved God, people, and list making—does anything else matter??

How did you end up writing and designing?
Sarah: Ever since I wrote my Kate’s Adventures in Blueland series…in second grade, I knew I had to write. Then in fourth grade, I began my poetry adventure, writing about a robin who mesmerized me while visiting my grandmother’s grave. From then on, poetry overflowed from my heart. I’ve attended countless writer’s clubs and workshops, written hundreds of poems based on my experiences, and worked through many soul issues through writing. Sometimes it’s just for me; sometimes it serves a larger purpose. A few times, after a hard day of kids, James has banished me to our office, not letting me return to the Land of the Happy until I’ve written about my day.

James: I knew I was an artist at an early age, but it wasn’t until high school that I decided to go the direction of graphic design. It seemed like the best way to make a career (that could support a family) out of art. 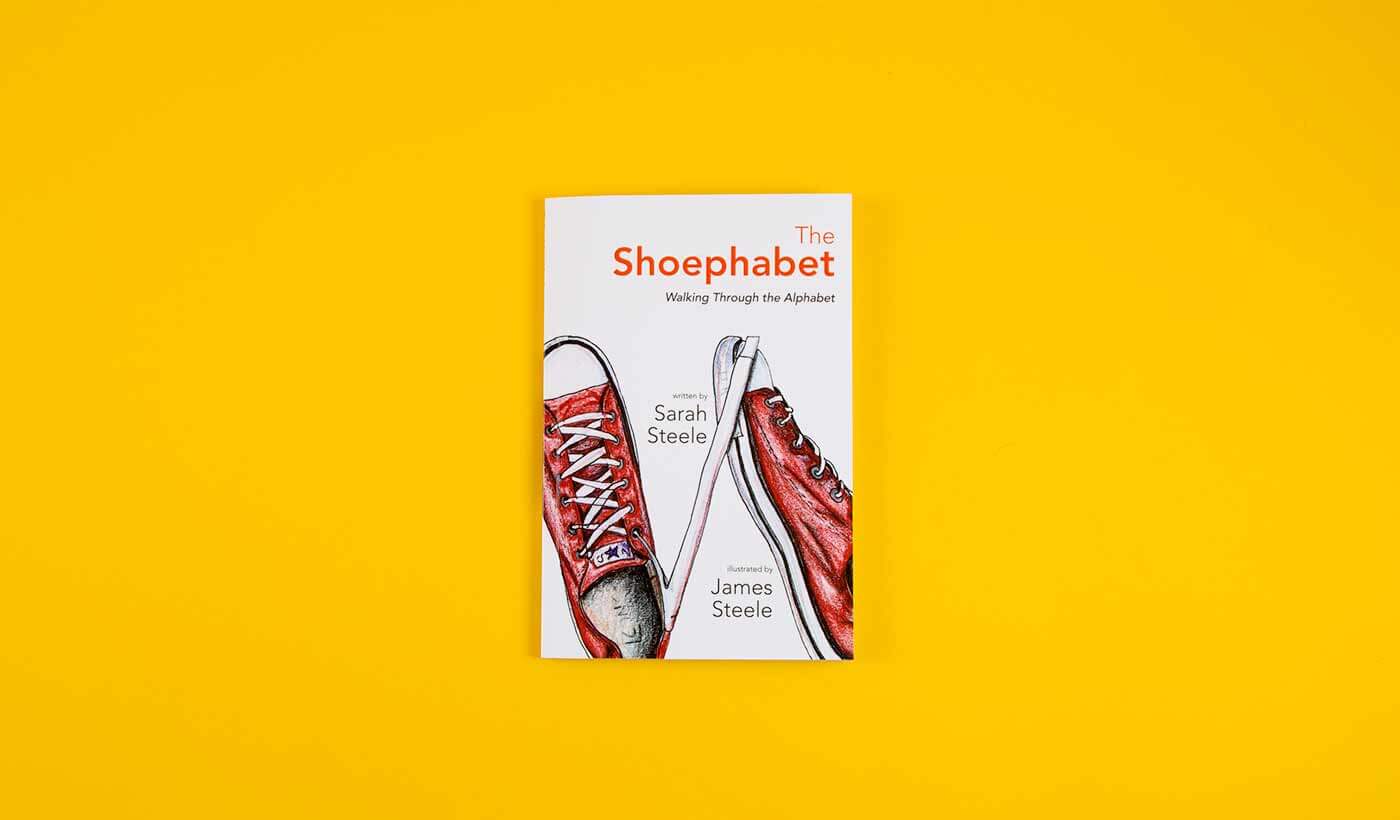 Being a shoe lover myself this book is already on my favorites list, how did you come up with the idea for the book?

James: I was given an assignment in a college typography class to create an alphabet using anything. I chose shoes because they were everyday objects, easily accessible, and interesting to study. Every type of shoe has its own personality. The illustrations won first prize at a juried art exhibit! Since graduating college, we’ve had a number of people ask when we were going to turn it into a children’s book. Nine years of marriage and three kids later, we finally decided now is the time. As a stay-at-home mom, Sarah says she needed to write The Shoephabet in order to think creatively about something other than diapers, laundry and meal planning!

How long did it take to create the designs in the book?
James: It took me easily three hours per shoe—from designing to sketching to finalizing to scanning into a computer. That’s at least 78 hours (but more likely closer to 100) just on the illustrations alone! Designing the layout of the book, however, was the easiest part thanks to the InDesign plug-in available through Blurb (no, they didn’t ask me to say that; I just thought it was really smooth).

How long did the whole project take?
Sarah: It’s hard to say, because I’ve been tinkering with the rhymes since 2008! But once I started working on it seriously in 2015, very few of the original rhymes made the cut. I started the big push in the beginning of September and submitted it to be printed in the middle of October. I’d say 6 weeks is quite fast for a stay at home mom of three (and for completing a book in general), but it helped that the illustrations were already completed before then.

Do you have a favorite shoe/letter? Why is it your favorite?
James: Could it be anything other than J?! It was my exact wrestling shoe in high school and, of course, is the first letter of my name.
Sarah: My favorite shoe is W. It’s a fun, casual shoe, but even more, I love to read the rhyme like a rapper (which is a hilarious joke, if you know this little country white girl). W’s my alter ego. 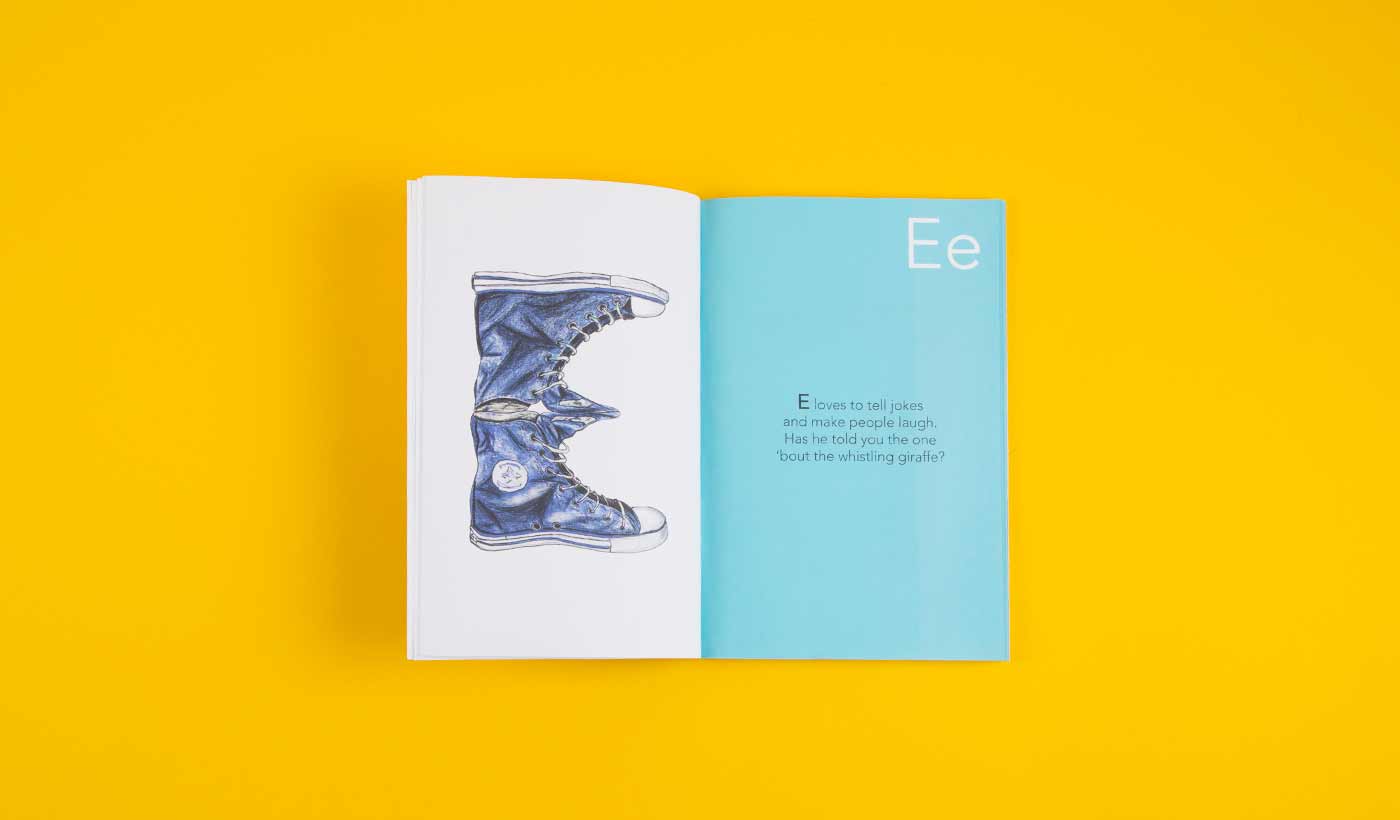 Do you see a second book project in your future? If so, what is the topic?
Our second book has completed its rough draft stage and is now going through some fine tuning! We’re calling it The Monsterbet. It’s an alphabet out of friendly/silly/slimy monsters. We already have a lot of excited readers ready for this next book, so our goal is to get it out by the end of March when we’ll be participating in a Barnes ‘n Noble event! I don’t know if we’ll continue the alphabet series (it is so much fun), but I do know that we have one other picture book that is being storyboarded now about a time in our lives when we were getting out of debt and lived in a basement…with a lot of bugs. I hope we can publish that in the next year as well!

Looking to start your own book project? Get started with a free bookmaking tool.