Home » Ideas & Examples » Mixed: Behind the Book with Cameron Mouton 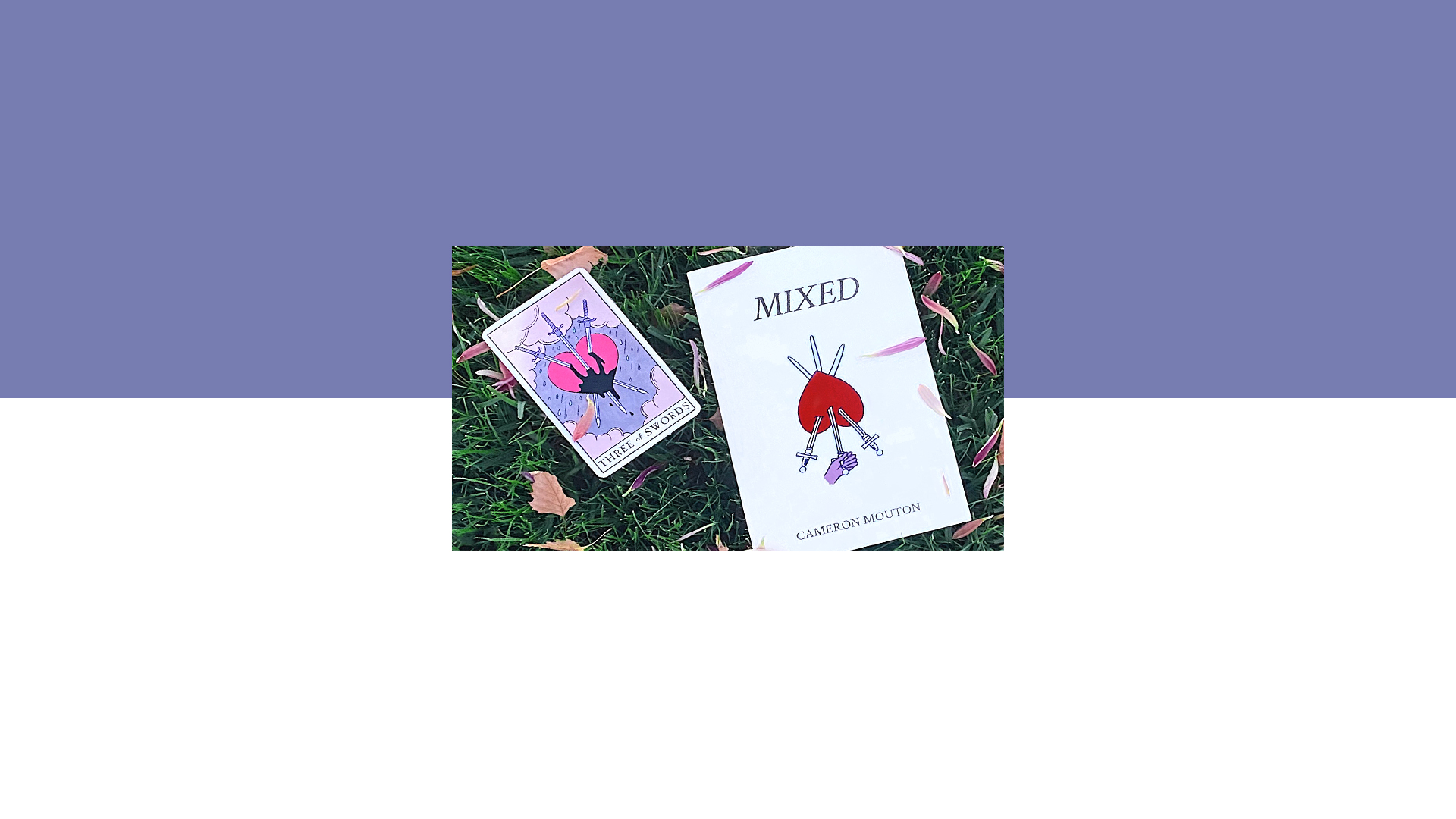 Mixed: Behind the Book with Cameron Mouton

Reading Mixed is going on a journey of heartbreak and love, mental illness and joy, rage and tenderness. It’s a vulnerable look at the experience of a woman of color in modern-day society, told through the lens of poetry and prose.

But what’s the story behind the book? Cameron Mouton, a Los Angeles-based Afro-Latina writer and editor, speaks with us about how her stunning debut came to be.

Your poem “Introduction” talks about reaching for pen and paper as soon as you learned about words. What was an early experience where you learned that language had power?

I learned to read bits and pieces of things at about the age of four and would try to mimic what I thought written words were on my own using crayons and paper. Unfortunately, said words were really waxy scribbles that no one else was able to make out, but what mattered is that I knew what those scribbles were supposed to represent.

As I got older and experienced verbal harassment, from microaggressions to straight-up racism and bullying in response to my appearance and identity, it didn’t take long for me to realize that certain words held a significant amount of weight. Words have the power to empower you or belittle you.

Your very sweet dedication is to your parents and brother, who have supported your writing. How do they support your career as a writer?

Throughout the entirety of my life, my parents have always been super supportive and caring of anything I’ve wanted to do. It was instilled in me from a young age that I was destined for greatness and that I could do anything, regardless of what others thought.

In my father’s own words, I was the seed, and they provided the water. My brother is five years younger than I am, but regardless of our age difference, he has always been by my side. I’d say he’s the bee pollinating the flowers that are my life, if we want to stick to the plant metaphor. He does, however, hate when I nitpick at his essays (“you’re welcome” to his teachers).

Your book tackles many heavy, important topics. What do you hope your poetry instills in readers? And how do you balance making demands on your readers while at the same time taking care of them?

I hope that my poetry makes readers feel as though they’re not alone with whatever issues they may have faced or may face. The topics Mixed covers are often viewed as taboo, and that needs to change. These are very real, very sensitive topics that many are made to believe they should hide away and never speak about.

The reality is, sharing experiences with others helps normalize them and, in a perfect world, eradicate them. Healing is no easy journey, and my hope for the book was to make readers see that: It’s okay to break down. It’s okay to not be okay (cliché, but true).

Healing is supposed to be messy and scary, but the important part is accepting things for what they are and moving forward.

What do you feel is the most compelling question or prompt in your book?

In 2022, I feel as though the most compelling prompt within Mixed is any of the pieces dealing with body autonomy. More specifically, “Shame” is one of the poems I’m the most proud of writing, as it showcases the power society has over some to not speak up against abuse. What’s more important: shaming people for what’s happened to them or shaming the person who put them in that situation in the first place?

How do your poems develop? Please guide us through the stages of your writing process.

I’m a very impulsive writer. In school, we were taught to use outlines as a guide to writing anything from essays to short stories. Honestly, I hate feeling constricted when it comes to my creative process. Most of the poems came to me as I was falling asleep, and I’d roll over in bed and start typing away on the Notes app on my phone. Others I would write down in my journal and edit them for clarity later. Every poem is based on a personal experience, so the concepts were all there. It was just a matter of condensing them into a format that’s easy for anyone to read.

What is the most joyful part of your artistic process? And what’s the most difficult?

The most joyful part of my artistic process would have to be knowing that one day, it’ll be released into the world as a social media post, a text, or even a picture, and that it will be able to relate to someone. My goal as a writer and as a person has always been to make others feel as if they aren’t alone, and that’s the beauty of any artistic medium.

The most difficult part, however, would be the latter, as it’s impossible to relate to every single person all of the time. Of course, not everyone has gone through the things that I have, so it can be difficult wanting to be that voice and advocate when specific audiences don’t have a need for it.

What is your personal experience with self-publishing or publishing in general?

As of now, Mixed is my only published book and I don’t regret taking the self-publishing route at all. It gave me the creative freedom I needed as well as showed me bits and pieces of what it takes to publish a book. I was a junior in college when I published Mixed, and since then, I’ve graduated with my Bachelor’s degree from the University of California, Los Angeles and am currently a writer and editor for three literary magazines in the area. It’s no easy feat, but it’s a wonderful and ever-changing industry.

How did you design the book?

The book cover was inspired by tarot, specifically the ‘three of swords’ card. In tarot, the three of swords represents pain and turmoil. While a lot of people don’t believe in “reversing” tarot cards, I do since the three of swords reversed represents the opposite―healing and forgiveness. I wanted to take all of the pain and turmoil I had experienced and turn it into healing and forgiveness. Thus, you see a hand pulling one of the swords out of the heart, taking control of the situation rather than allowing it to continue.

In regards to formatting, I took note of modern-day poets’ works and made everything my own. Not a lot of people include trigger warnings in their works, and I think that should be more normalized.

What does literary success look like to you? How have you sought it?

Literary success to me is having at least one person tell me my words touched them in some way, shape, or form. After publishing Mixed, I received so many messages from people confiding in me with their stories of trauma and pain and thanking me for being so open. Thanking me for letting them know that these things have not just happened to them. It’s a bittersweet feeling, but in turn, it’s made me feel not as alone, either.

Can you give any advice to poets—especially other women of color—seeking to publish their work?

My advice to other poets, especially women of color, would be to just go for it. I know this was turned into a meme a few years ago, but as Lady Gaga said (repeatedly), “There can be 100 people in the room, and 99 don’t believe in you, but you just need one to believe in you.” As long as you believe that your work has meaning and that it’s going to make an impact, who cares what anyone else thinks? This industry was built off the backs of white men. Now is our time to make it ours.

Anything else you’d like us to know that we didn’t ask?

Highlighting marginalized voices is so important, and I’m honored to be a part of the Blurb family where that is not an issue.

Buy your copy of Mixed now, or create your own poetry book today.