Home » Ideas & Examples » Bunny: Behind the Book with Dave Herington 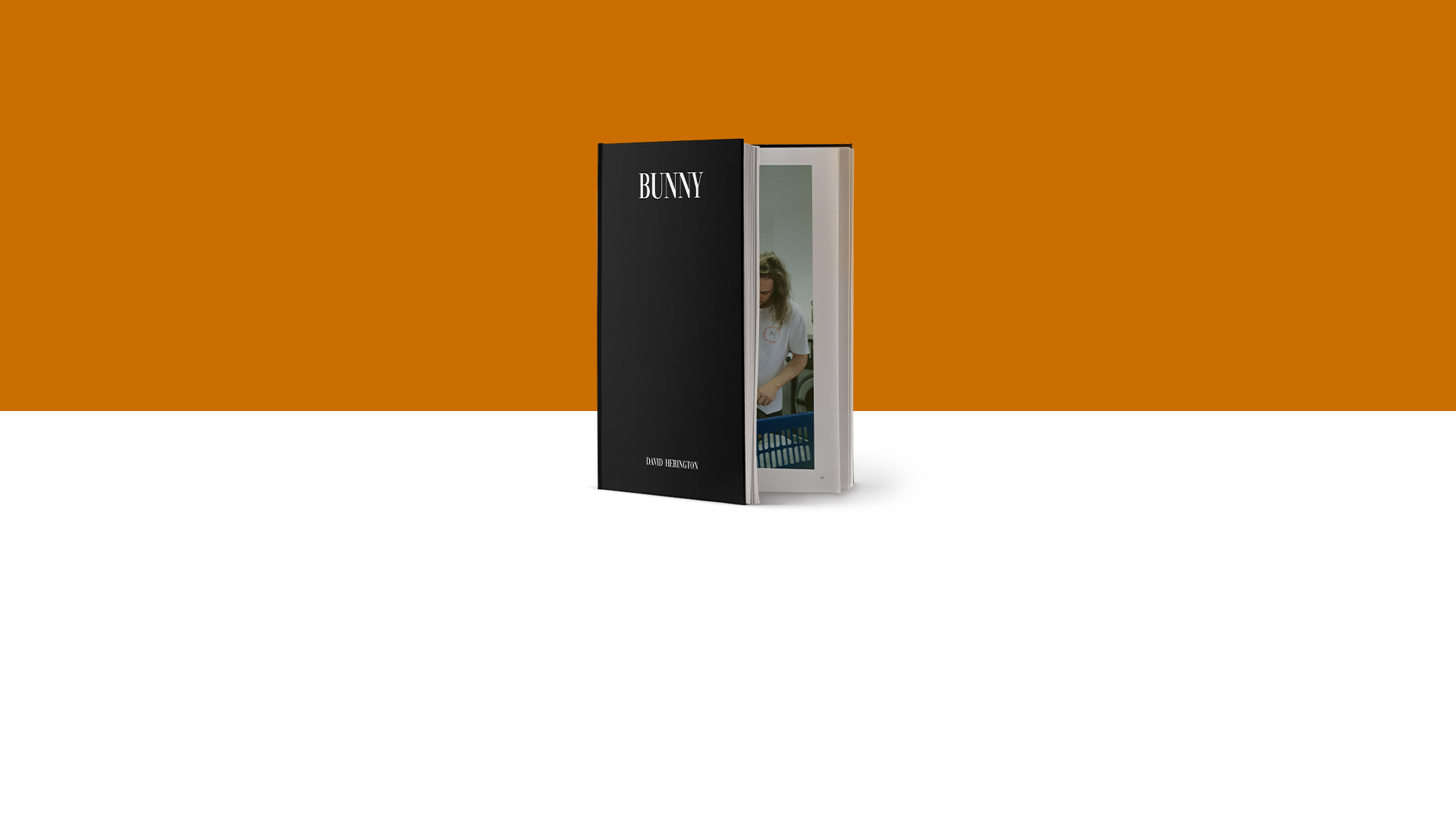 Bunny: Behind the Book with Dave Herington

The first (and most obvious) question, why the title Bunny?
It was initially going to be called Stage Right. Stage right is where I am positioned on stage with touring bands, however, everyone on tour calls me Bunny, so I went with that name instead. Once I dressed up as the Easter Bunny for a musician’s daughter and the name sort of stuck. So Bunny is my story of that part of my life.

What led you to want to photograph punk bands in particular?
I began photographing punk bands because of what I do as a job. Since 2010, I have been a stage technician and tour manager, working almost entirely with Australian punk bands. Given the access and my life on the road with these bands, it was a natural fit for me to photograph them in an intimate and friendly setting.

What do you hope the images in your book convey?
In 2018, the day before my 26th birthday, I was sitting in Sunny’s Pizza in Adelaide taking photos of dance-punk trio DZ Deathrays eating pizza and drinking beer when I had the thought to make a book. Just before this, I had been sending a guest list to the music venue, along with media and photo passes for the show. I realized photographers who came to the show would get their photos, typically the first three songs shot from the photo pit in front of the stage.

To me, this doesn’t convey the whole story of what the life of a touring musician is. The part where they’re actually on the stage is one of the smallest parts of the day. It doesn’t take into account the lining up at an airport, the sitting in a tour van, the endless sitting and waiting that happens in the lead-up to the show. That is left out of the narrative.

In 2016, after six years of touring, my house was broken into and lots of things, including all of my external hard drives, my laptop, and my digital camera were stolen. Shortly after that, my mobile phone broke without being backed up, and essentially, I lost every photographic memory I’d made on tour. I didn’t (and truth be told still don’t) know the first thing about digital asset management, but still had every single piece of film I’d shot of my friends and me skateboarding in high school, so in May 2016, I bought an old 35mm camera and started a physical archive of mostly black and white film and thought to myself, “I want to make this into a book that won’t get stolen.” I really dove in the deep end with film. I’d shoot all week on tour and then develop that week’s films in the hotel room bathrooms on my day off—then shoot again all week. I knew nothing about bookmaking and I knew nothing about book design. I owned photo books but photo bookmaking was so far removed from anything I had ever done before, however, I knew it was something I really wanted to try—your very own creative evangelist, Dan Milnor, has been a really important teacher to me in both of those things.

Who were your bookmaking inspirations?
I found Dan’s blog, his YouTube videos, and his general online presence and encouragement and just started doing it. I used Dan’s knowledge and the information he passed through your Blurb content to help learn what I needed to do and what I needed to look out for. At first, I completely sucked. I had no idea of typography, knew nothing about spreads, I didn’t know anything to do with anything, except I knew I liked my photographs. Through Dan’s videos and your tutorials, both Dan and Blurb were able to explain bookmaking to a complete idiot, like me, and make it seem achievable in a way that I can’t really explain. You made me feel like I could achieve something and inspired me so much to just go and get it.

What have you published?
I’ve put three zines on sale now through a website I made. I’ve sold out all of them, 300 in total—made through MagCloud and Blurb. I used the small amount of money I made through selling those and the work I’ve been doing on farms around my house while I can’t tour to front cash to make Bunny, which is a 132-page, 8×10 Imagewrap photo book on Mohawk Superfine Eggshell paper. I ended up selling all 100 copies on pre-order in under a month.

What software did you use to make your zines and book?
To make my book and zines I have used Adobe InDesign. Before making these, I had never opened the software before. The templates provided by Blurb really helped set up my design, and I found the software intuitive and easy to use.

What’s next for you in photography and bookmaking?
At this point, I really have no idea! I’m just trying my best within touring music photography, which is difficult due to current travel circumstances. I would like to have an ongoing magazine and produce an edition for each tour that I complete, even if only for my own personal memories.

What would you tell newbie photographers and bookmakers wanting to make their first book?
My only advice would be to just do it. Put aside any nervousness about doing something wrong and just do it anyway. Make mistakes, try your best, and learn from what you do wrong as well as what you do right. Try not to focus too much on what other people are doing and create your own voice and unique perspective on the world.

Anything else you’d like us to know that we didn’t ask about?
Before I made my zines and my book, I really didn’t realize how much I enjoyed making books. I knew I enjoyed looking at them, but it wasn’t until I made my own that I realized how fulfilling the process and results were. I would really encourage anyone and everyone to give it a go. It really is a lot of fun.

Love what you just read? Buy the book Bunny or start your own creative book idea today!