Home » Ideas & Examples » Behind the Book with Megan Roy 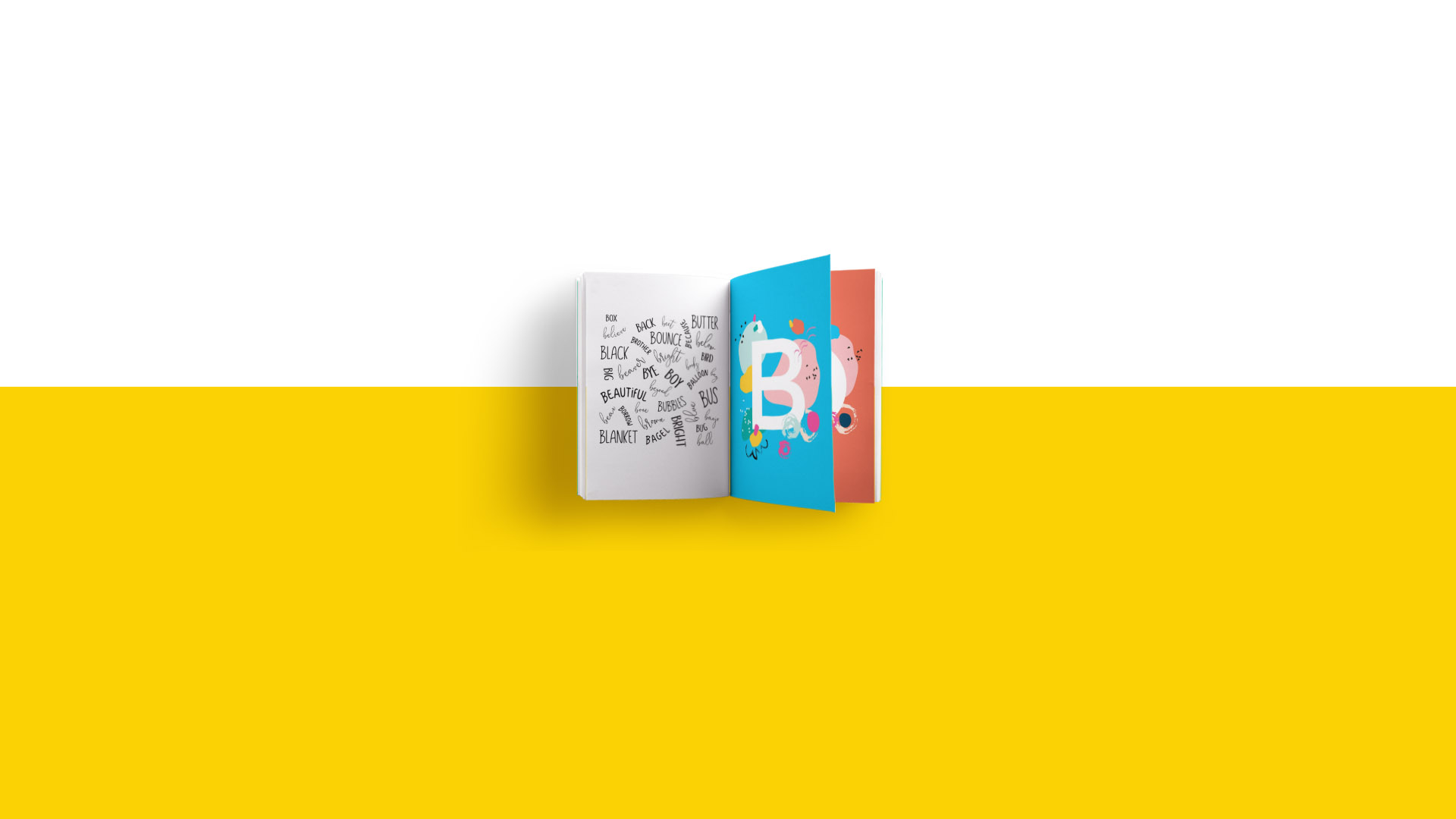 Behind the Book with Megan Roy

It’s authors like Megan Roy that keep us inspired every day. Not only has she published two beautiful children’s books with Blurb, but her creative mind-set and ability to turn a single moment of inspiration into something tangible and beautiful is why we do what we do! She took some time to talk to us about what becoming a published children’s author means to her. 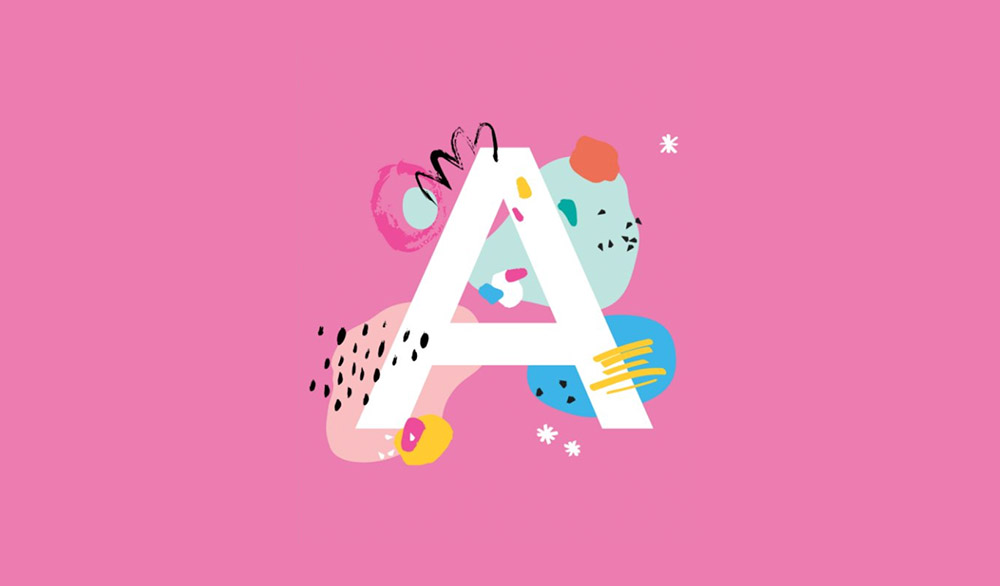 How did you get started as an illustrator and designer?

When I was a kid, I wanted to be an artist, but as I got older that evolved into an interest in filmmaking. I went to Emerson College and studied film and television production, then moved to Los Angeles to pursue that after graduating.

After I spent a few years working in that industry, I decided it wasn’t the right fit for me. I had to re-evaluate a little, which was definitely a challenge. I thought I wanted to try something more traditional, so I enrolled in a teaching credential program at a local college and got a job as a receptionist at a middle school. However, one semester into the program I found myself looking around at the other students, who were so clearly passionate about education, and realizing that I wasn’t one of them either.

It was a tough time. I felt very lost for a while, but I think because of that confusion I turned to something that felt familiar and soothing—drawing. Film production is a different art form, but I really believe that the fundamental ideas (light, color and composition, for example) are very similar. So, in my mind, it wasn’t a huge leap from what I had studied and been interested in my entire life.

I started to build a portfolio and take commissions from friends and family without even realizing what I was doing. I opened an Etsy shop on a whim, posted some of my work on social media, and got some really good feedback. Friends started sending me job postings and opportunities for illustrators, and I applied thinking I would never hear back. But I got nearly every job I applied for. It wasn’t that I wasn’t trying. I was, but things just kind of fell into place after that. It felt easy, natural, and right. I haven’t looked back since!

Tell us about a piece of work or a professional breakthrough that you’re particularly proud of.

Honestly, the books I’ve published through Blurb! Becoming an author and illustrator was always on my bucket list, and my first book, The Modern Alphabet, was a big deal because it accomplished that goal.

I’ve just released my second book, Can You Do This?, and it’s truly one of my favorite things I’ve ever made. I was excited about that one from the moment I came up with the idea and worked really hard on it in between other jobs. I’m super proud of the final product and I really believe in it as a tool for kids to learn to be confident in their bodies and just have fun moving around and getting some energy out! 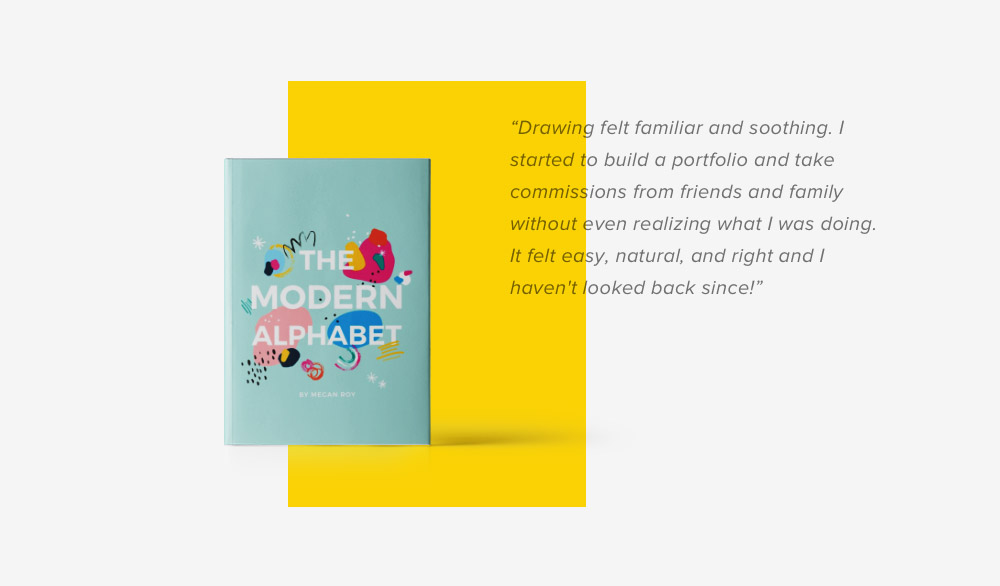 What do you think makes a good children’s book?

I also think it’s very important for a book to look beautiful. Sometimes people get caught up in the story and the aesthetic takes a backseat, but ultimately, everyone really is judging a book by its cover.

What are your creative practices? How do you stay inspired?

I’m lucky enough to have a pretty steady stream of work at the moment, so I’m literally drawing for hours, every single day. Just putting in time like that will keep the creativity flowing. If you spend enough time doing anything, you’ll find that it gets easier to control, manipulate, and turn on and off. I do try to make time to work on things that don’t have briefs or deadlines. Those “just because” projects are important because they allow me to let my mind wander a little and see where it lands.

Where do you find inspiration for your illustration and design work?

I always struggle to answer this question because I think the nature of inspiration is that you can’t really define it. It just happens, without warning, and often comes in forms you weren’t expecting at all. For example, Can You Do This? was inspired by a weekend spent with a good friend and his two young children. Just being around a couple of goofy boys for a few days was enough to spark something that evolved into an entire book. I wasn’t looking to write another book at that point, it just happened.

As far as inspiration goes, I think the best thing I can do is just follow my gut and see where it leads!

Which illustrators and designers do you admire and why?

Eric Carle was my absolute favorite as a kid. To me his illustrations were so cool, and so different from everything else I had seen. I tend to be drawn to people who use lots of color, and whose style is a little imperfect. I love an honest, handmade feel. Dallas Clayton, Rifle Paper Co., and Emily McDowell are a few others who I really admire.

What was it like to make your own book? How did the process work and what tools did you use?

I made my first book, The Modern Alphabet, without knowing how or if it would be published at all. It was my first try at anything book related, and I didn’t have much of a plan. I just knew that it was something I wanted to do, and the first step was to make it!

I didn’t feel super confident in my ability to write something story based, so I decided on an alphabet book instead. From there, the concept evolved into making something really modern, cool, and beautiful that would appeal to adults but also be fun for kids to flip through and read.

I made the first draft with Adobe Illustrator, using some digital elements and others that were hand drawn and then digitized. Then, once I had done a little research and decided on Blurb, I moved everything over to InDesign so I could use Blurb’s plug-in for InDesign (which was super easy and convenient, by the way). The whole process was simultaneously very scary and very exciting!

I’m really grateful that I found Blurb, because it gave me the opportunity to make a long-time dream of mine come true. I’m not sure it would have been possible without them.

What was it like to receive and unwrap your Blurb Book? How does it compare to other books you’ve seen?

Opening that first book was absolutely incredible. It’s such a surreal feeling to hold a physical manifestation of something that’s lived in your head for so long. I was worried that the quality wouldn’t be what I thought it was, or that there would be some issue that I didn’t anticipate, but it was perfect from start to finish. It was better than I ever thought it could be.

What role does print play in a digital creative world for you as a professional?

Generally, I do think the trend is leaning more toward digital and less toward print, but children’s books might be the exception to the rule. It’s important for kids to hold books in their hands. Feel the weight of it, have that tactile experience, and have the opportunity to absorb the illustrations and nuances of print. I don’t have any hard statistics about this, but I have to imagine that it’s also good for growing eyes to take a break from screens and look at something else.

Personally, I’m not afraid of the digital world. I think it has a lot to offer and ultimately will be a great tool for professional designers. That being said, I do think printed children’s books are here to stay, even if their counterparts are slowly fading.

How does what you’re doing now compare to what you wanted to do growing up?

The first thing I ever wanted to be was an artist, but I didn’t fully understand what that meant at the time. I just knew that art class was the most fun for me.

As I got older, I didn’t really have any examples in my life of adults working in non-traditional creative jobs, so it never occurred to me that I could build my own business around things that I love doing. I thought you just went off and got hired at a supermarket, or a school, or a hospital. My life right now looks very different to what I thought it would be, but in the best way possible. I’m my own boss and I make my own schedule. I get to dream up pretty things all day and spend my free time hanging out with my rescue beagle. I was able to design the life that suits me best, and I didn’t know that was possible when I was younger.

If you had a piece of advice for yourself 5 years ago, what would it be? What would you tell people just starting out?

When I was transitioning into full-time freelance design work, I was very timid about telling people what I wanted to do. I would say things like “I think I want to be an illustrator one day,” or “I like to draw,” instead of just confidently proclaiming, “I’m an illustrator.” My advice to my former self, or to anyone starting out, is to just own it! Even if it feels false, just start saying that you are the thing you want to be. If you say it enough times, it will become true for you. And, maybe more importantly, the people around you will start to think of you as that thing too. Then the next time someone says “I need an illustrator for a project,” they’re going to think of you, and pass your info along. That’s how it starts!

What’s one project you’re dying to work on next?

I definitely want to make more books, but I don’t currently have plans for a third. I really like the idea of just waiting for inspiration to strike—and I know it will eventually!

Designing products is something I really love, so I’d like to do more of that. It feels great to see your work living on an actual, functional item that people can use and see every day. I try to fill my life with things I like looking at, so I’d love to do that on a larger scale for a broader audience, in whatever capacity that might be.

Thanks Megan for taking the time to chat to us and for making your beautiful children’s books with us!

Ready to make your own children’s book? Bring your story and illustrations to life with our free, easy-to-use book-making software. Get started today!