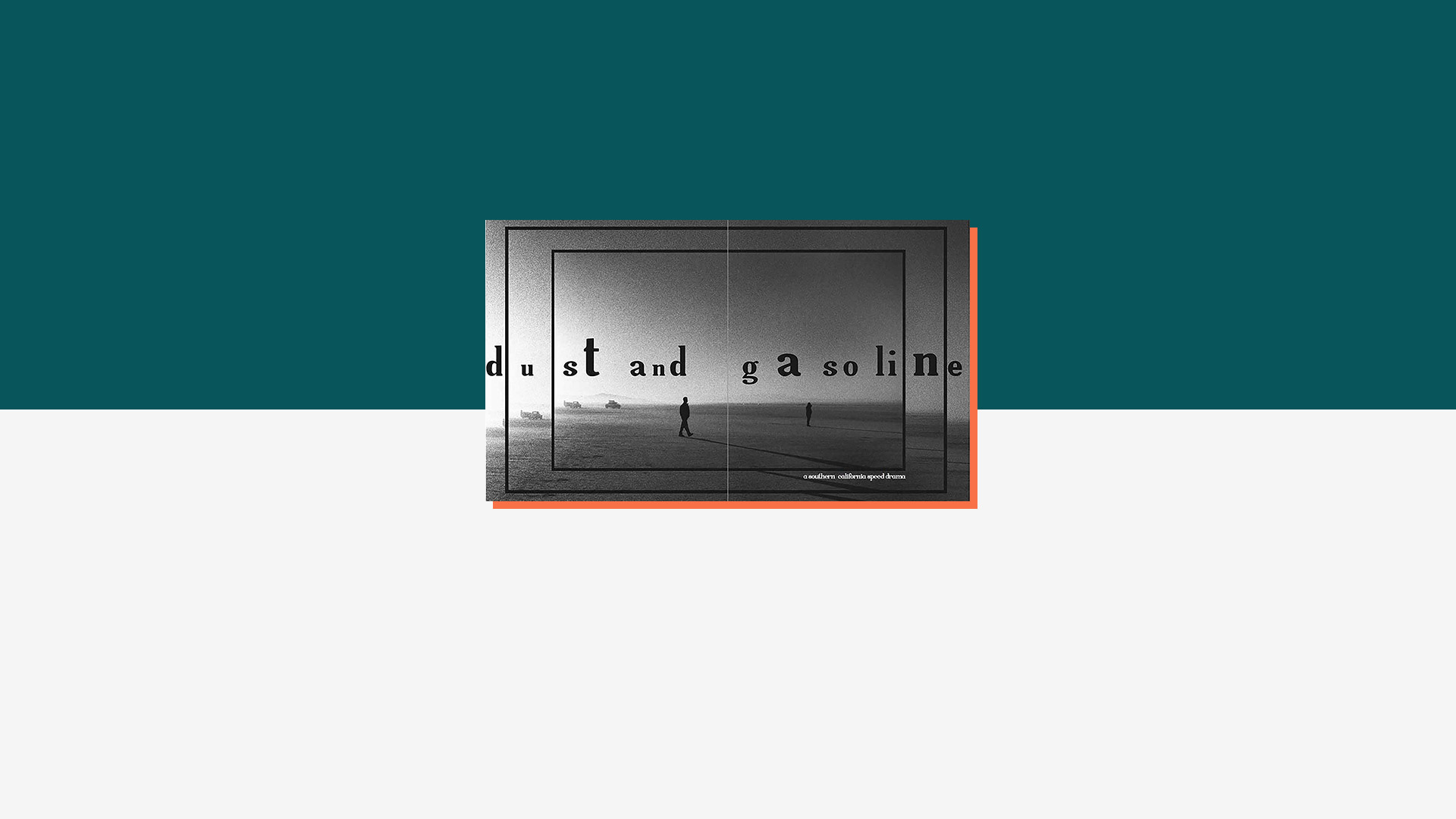 This blog series is designed to provide some basic book design ideas for your books, magazines, or ebooks. The spreads you see here, and the added notes, are not meant to be reflections of perfect book design or book layout, only a baseline from which to begin your own book journey.

This image is from a series titled “Man vs Nature” which detailed topics like big wave surfing in Hawaii, shark diving, and the ongoing battle over public and private land in the American West. Itwas made at El Mirage, a dry lake north of Los Angeles, and was made with a Leica M4 and a 35mm. I used TMAX 3200 film. 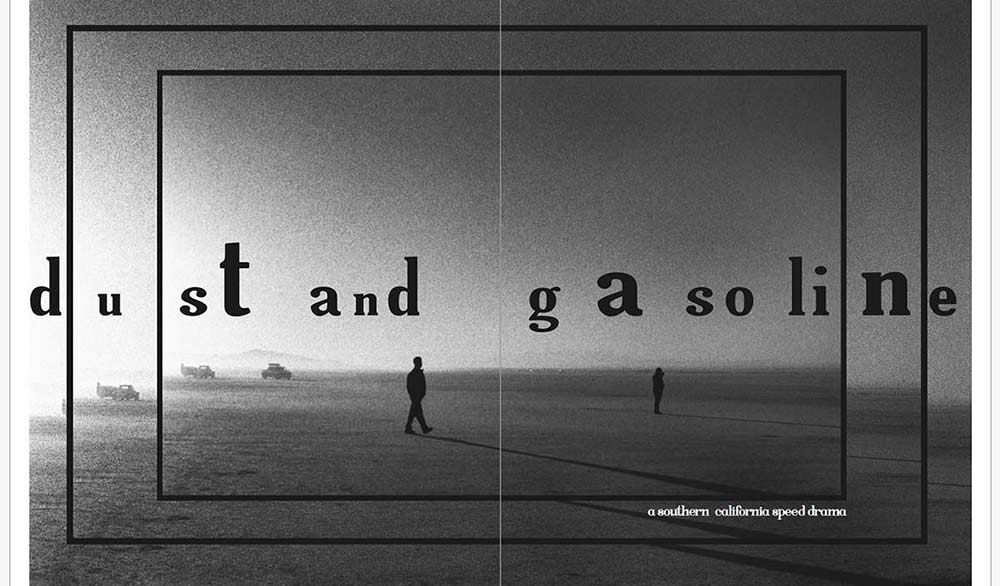 This first layout is a bit strange, I will be the first to admit. However, I am playing here with a design that fits the mood of the overall piece. I’ve used the same image three times, but with each layer representing a smaller and smaller version of the image. In addition, I’ve mixed up my spacing and my font sizes in an attempt to add depth to the image.

Finally, as most of the image and copy is dark gray to black I wanted to reverse out the subtitle in white so that it pops dramatically and draws the reader’s eye to a key element of the story. 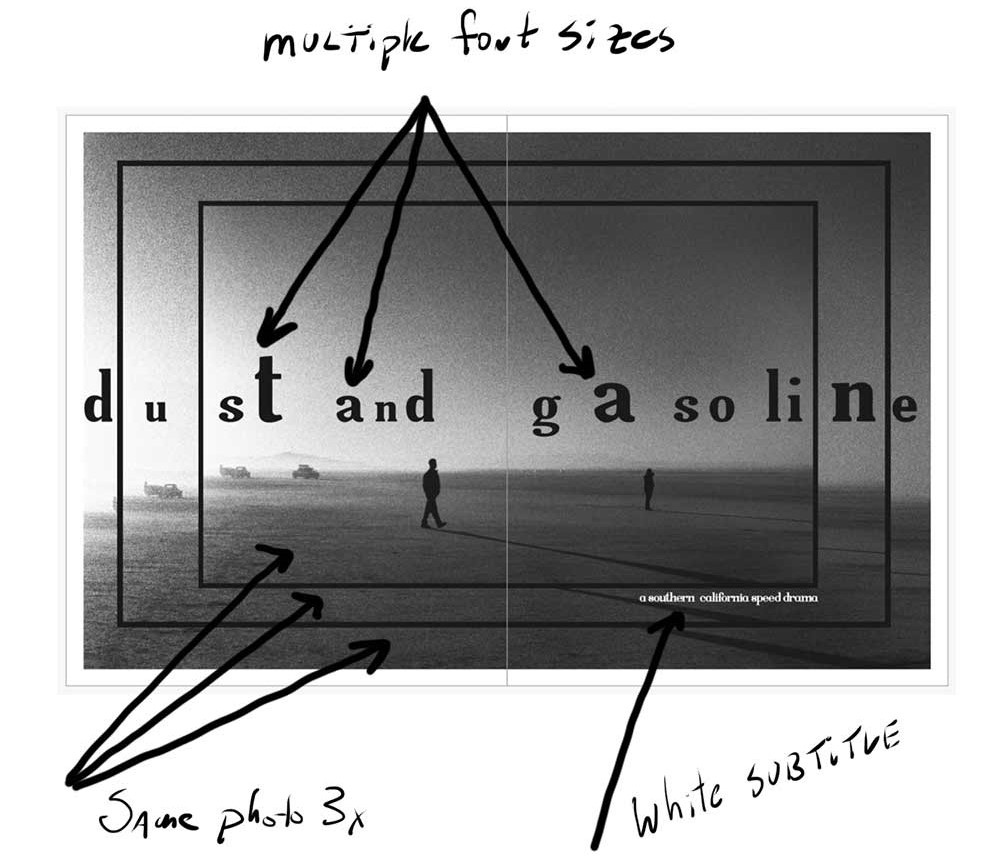 This is my favorite spread of the three—simple, clean, but with one slight twist. I’ve used the image across both pages but have left a small, white border. The image is dark enough that even the lightest areas run no risk of blending with the background, so it works. I’ve kept the copy reversed out in white. The slight twist is the angled title and subtitle to match the angle of the main figure’s shadow. I have mixed emotions about this, but I think it works. 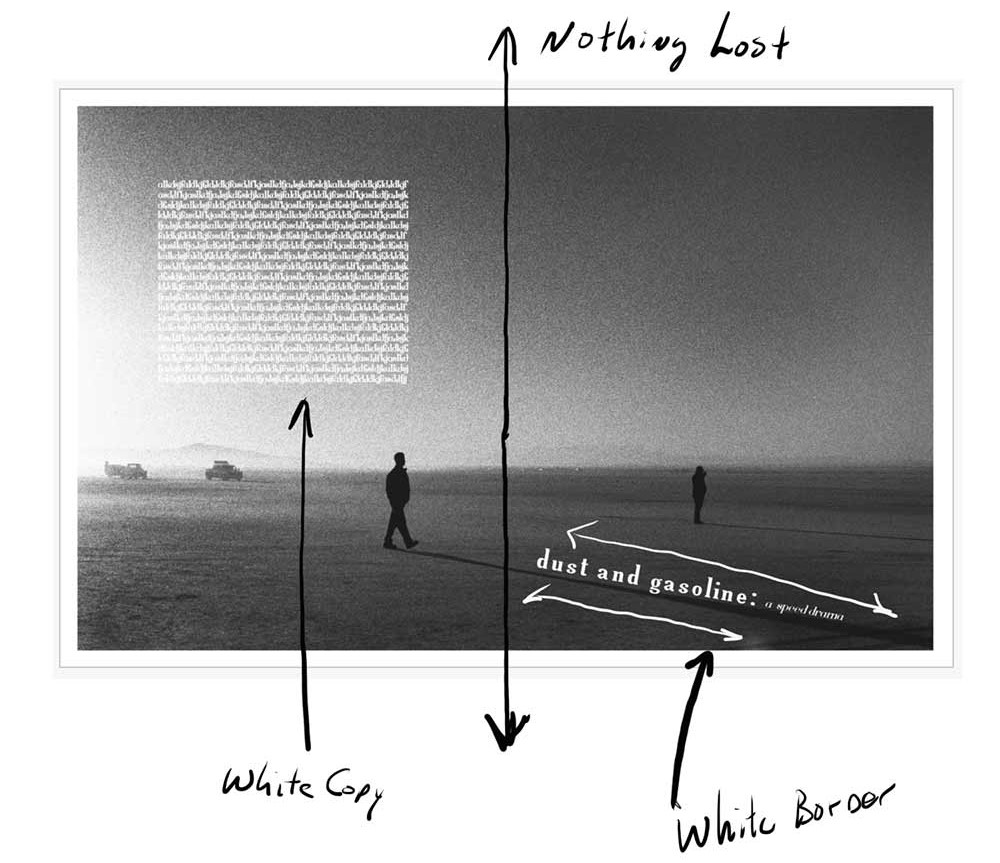 This spread was an attempt to retreat to the 1950s. I’ve kept the same image but enlarged it to isolate the main figure. The real star here is the title in massive, two-tone lines. This type treatment reminds me of the 1950s, when desert racing was in full swing and many of the legends were being born. To contrast this somewhat-loud page, I’ve used a largely blank page with a single quote. It’s quiet and simple, yet the quote is somewhat macho. It comes from the movie The Road Warrior, which reminds of what it feels like to be at the desert races. 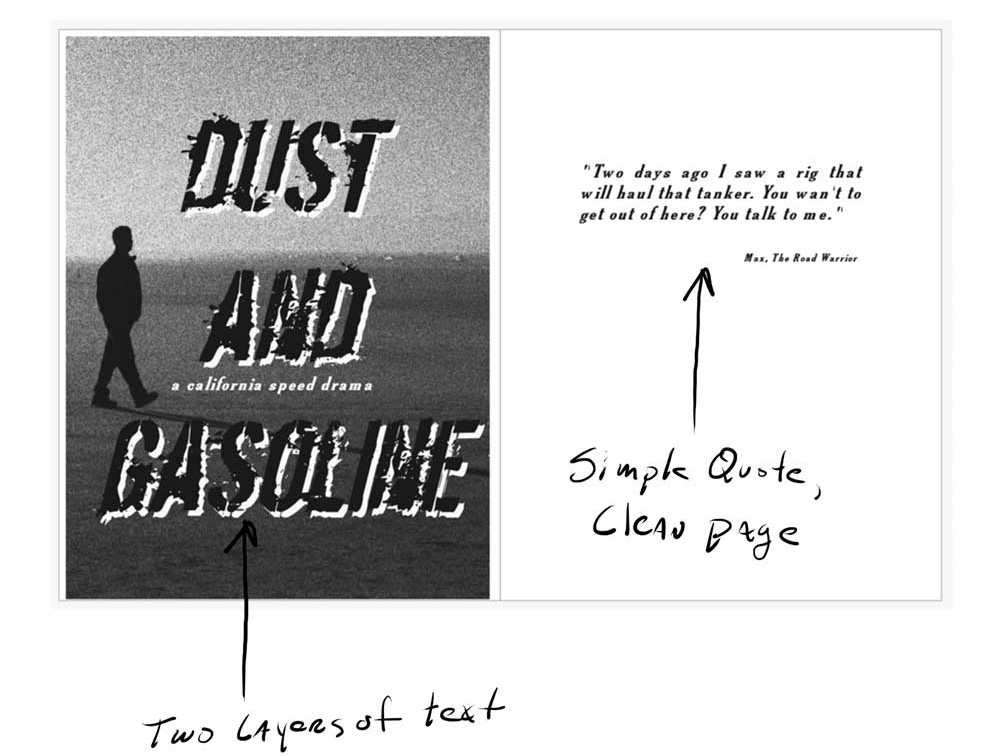 BookWright
Ready to get started on your own layouts? Our free desktop software, BookWright can help. Learn more today!