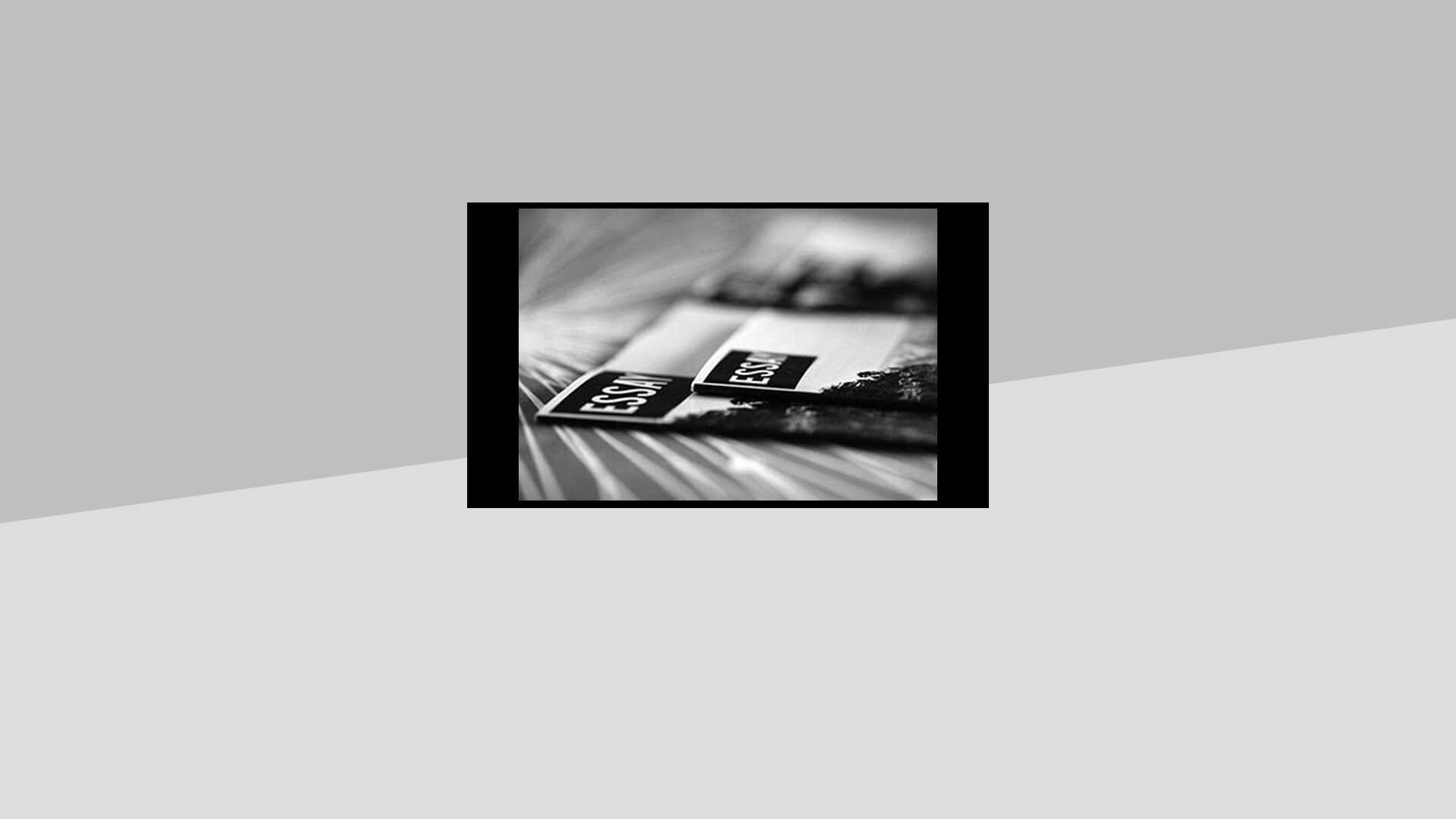 Essay: A Work in Progress

Tell the reader a little about yourself and your background.

I currently work as “Creative Evangelist” for Blurb, but I spent the bulk of my adult life working full-time as a professional photographer. I originally studied photojournalism but created all kinds of images during my career. Documentary, portrait, editorial, and commercial, etc.

What is ESSAY Magazine?

ESSAY is my attempt at a tribute to the original Life Magazine. I was published in Life Magazine one time, but it was, and still is, one of the highlights of my career. I wanted to create something in reference to Life but do it with modern tools and in the most democratic way possible. So far it’s been the most fun I’ve had publishing in a long time.

Yes, in 2007 I self-published my first magazine which was titled “Manifesto,” and featured work I’d created using the Leica M camera. My goal was to sell a total of one hundred copies, something I wasn’t sure I could do, but much to my surprise the issue sold out in a very short time; and sold in fifteen different countries. I was stunned, but this was also the point I knew self-publishing was my way forward in life.

What is the primary goal with ESSAY?

Show people how easy and rewarding it is to do something like this. Taking your work to print is one of the most important things you can do as an image maker. Going to print forces you to put critical thought toward your work, and also forces you to make tough decisions. People sometimes think self-publishing in a mountain needing to be climbed, but it doesn’t have to be. I’m a one-man-band and I’m already working on issue number three.

Tell us about the content. What work are you featuring?

The first two issues were completed using work from finished projects while issue three is a mix of old and new. Frankly, starting this magazine has really created excitement about getting back out in the field and making new work. I’m a true believer that self-publishing makes you a better photographer because it gives you a specific target with a specific audience. Not that photographers need more inspiration, but seeing your own work the way it was originally intended to be seen is so incredible.

What software did you utilize?

From the start I wanted to use Blurb Bookwright because the goal is to show people how easy it is to create something like this. You don’t need expensive design software. Bookwright is a damn good tool, and I’m still learning it. My designs are simple and are meant to cohesively tell a short while showing the best photography I can. Nothing to fancy or complex.

Why two formats and are there specifics to page count, materials?

Originally I intended to only use the Blurb magazine format, but when I experimented with Blurb’s “Change Book Size” tool in the Bookwright software, it worked so well I didn’t find any reason NOT to publish in two formats. Right now half of the people I’ve shared the project with like the Trade format and the other half prefer the classic magazine. Each issue is 40-pages and both formats are roughly $10 per copy.  I use Premium paper in magazine and the standard color paper in the Trade format.

Are these “for sale” publications?

Yes. I haven’t done a “for sale” publication in a long time, so I thought it would be interesting to see how it worked out. I have no grand plan for sales, which I don’t see as the point here, but selling is what a lot of people want to do, so I thought it was perfect time to get back in the ring. I decided to sell the magazine at my cost. I don’t want profit to cloud the experience in any way.

What did you learn creating the first issue?

Where do I start? I’ve done over 200 publications with Blurb but I learned SO many things during the process of making the first issue of ESSAY. I’m not as organized as I thought, but it doesn’t matter. I learned 40-pages goes very quickly when you are showcasing your own work. I learned to start with the Trade format first, and then upside to the magazine format instead of vice versa. I learned there is nothing more important than printing test copies to save me from myself. I’ve actually printed FOUR sets of test copies, just because I like to tinker and experiment, and I might actually do more. I also learned you can talk about doing something like this, but there is nothing better than just getting started.

Who is the target audience?

The audience spans the full range of Blurb user. From the beginner who is intimidated to start something, to the advanced amateur who wants to take their work to print in a refined way; and even the pro who is looking for a great way to showcase their work, create a new style of portfolio or collaborate with other professionals.

What’s next for you and for ESSAY?

My goal is to take readers through the entire process of self-publishing. From how I create story ideas to how to complete the principle photography, edit, sequence, design, marketing and even the promotion and sales. I’ll be blogging about it both on my site, www.shifter.media, as well as here on the Blurb site. My hope is that people write in with their questions or concerns. I’d love to see an indie magazine revival.