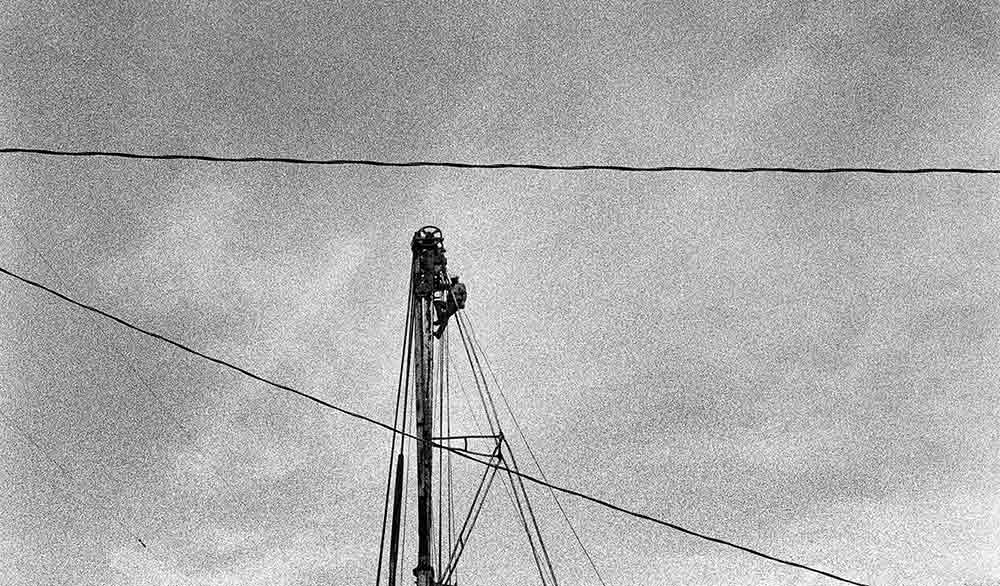 The film vs digital debate has been raging for at least the past decade. There is no clear winner, other than all of us photographers, because we currently have a multitude of ways to be whatever style of photographer we want—working with whatever materials we choose. Kodak recently announced the reintroduction of a ­once-discontinued film, TMAX 3200, which prompted me to write this post. You see, I have a long history with this film, dating back to my first days with camera in hand.

In the early 1990’s I was studying photojournalism at the University of Texas. The film of the day was the legendary TRI-X 400, which is the best-selling black and white film of all time. But around the same time, I was exposed (no pun intended) to TMAX 3200, an incredibly flexible black and white film, that could be rated and exposed anywhere from 800 ISO to 25,000 ISO.  It was love at first sight.

TMAX 3200, also known as TMZ, was a sea of grain, and when processed with the right developer, something like Rodinal, you could sharpen and highlight each individual piece of grain. The film provided a texture and palette that became my constant companion.

For the next decade TMZ was my film of choice, regardless of time of day or lighting conditions. I traveled the world with this film, safely packed in lead bags to help diminish the impact of airport X-Ray machines. Europe, Africa, Asia, Latin America. The countries, stories, and rolls of film began to grow, and I began to truly understand the nuance of what was possible with such an incredible film.

And then it went away. In 2012 Kodak decided, based on high production costs and low sales numbers, to discontinue my beloved film of choice. I was crushed. I bought a freezer specifically for film and purchased as much TMZ as I could afford. Normally, when something like this stock goes away it never comes back, but much to my surprise Kodak did a reversal and once again brought this magical emulsion back to the masses.

One of the most exciting aspects of modern photography is that many young photographers, those raised in the time of smart phones and digital technology, have embraced all things analog—historical and traditional—so the market for something like TMZ has returned in a big way.

Will professional photography ever be dominated by film again? No, it won’t. But that really doesn’t matter. What does matter is that there are so many great film options for modern photographers, and those options just got a little bit better. Thanks, Kodak.

PS: I get a lot of questions about how I rate and process this film. The answer is complicated, and doing tests on your own is essential, but here’s where I generally land. I typically rate the film at 1250, then process normal or at +1 depending on the developer and development procedure I’m currently utilizing. If you are running your film at a lab, ask them how they rate and process this film.

What are your favorite materials to use in your creative work? Share your thoughts in the comments below. Or why not showcase them in a beautiful book?