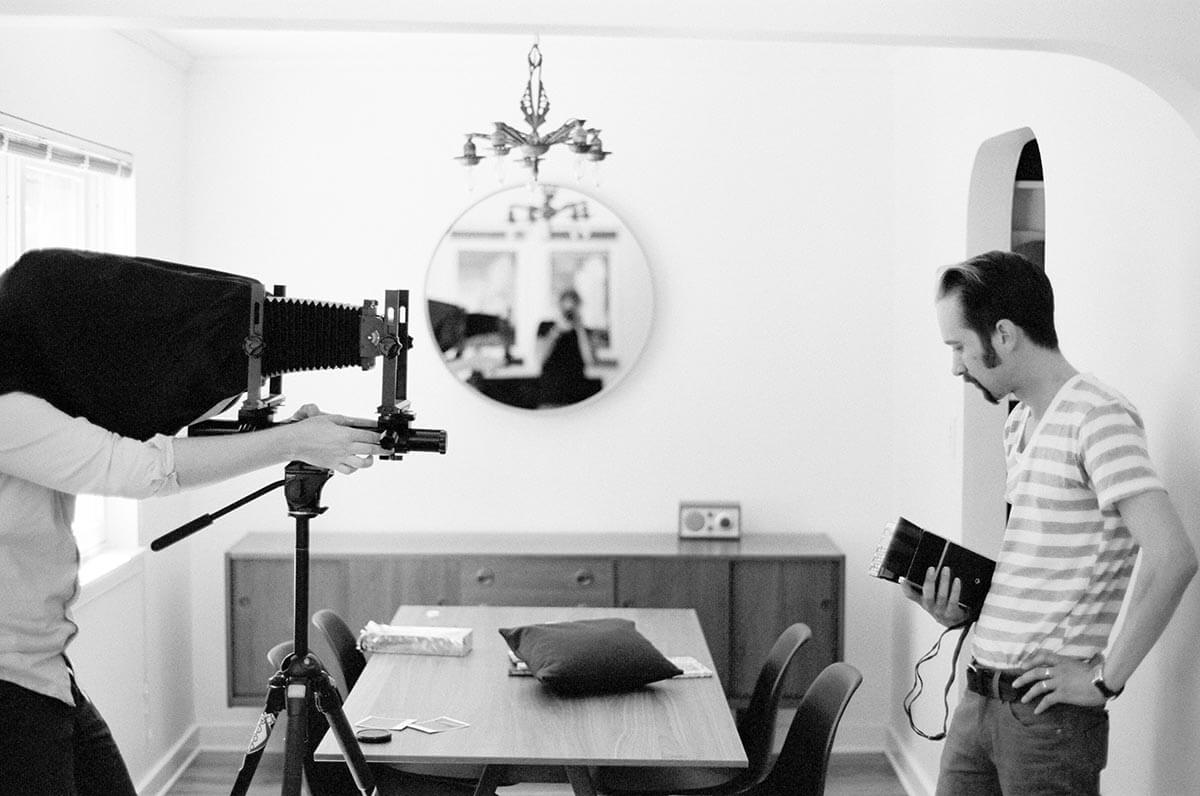 Two weeks back, I’d been sent up to Portland to do a seminar with Blurb photographer Dan Milnor. The class was suddenly canceled, but flight and hotel were booked. We had to scramble to make the trip worthwhile. So, I emailed longtime Blurb book-maker and photographer Nate Matos. He does a podcast in Portland called Pdexposures that’s largely dedicated to analog photography. 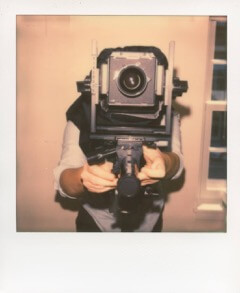 I thought maybe he’d like to talk to us about books, cameras, and making stuff.

Nate’s the kind of guy who’s always making stuff. And selling it, too. His quarterly magazine, Serif and Silver, routinely sells out his self-imposed print runs.

I first came across Nate’s work three years back when he made his book, The 365 Project, with us. The book was a distillation of his massive project to shoot at least one Polaroid photo a day. I’m a big Polaroid fan, and I loved his book.

Three years later, Dan and I sat in Nate’s dining room with cameras, books, and a digital recorder before us. Nate was an incredible host and the three of us had a good time talking about three things: his work, our work, and how everyone should be making stuff with their work. You can listen to it here. 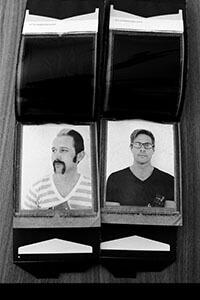 We finished things off with a Polaroid shoot. I shot Nate and his camera with my SX-70. He shot us with his view camera loaded with Polaroid Type 55. Dan used his Leica M3.

Then we packed up our books and our cameras and headed off into the hot Portland air, safe in the knowledge that no matter what came out, we’d made stuff.