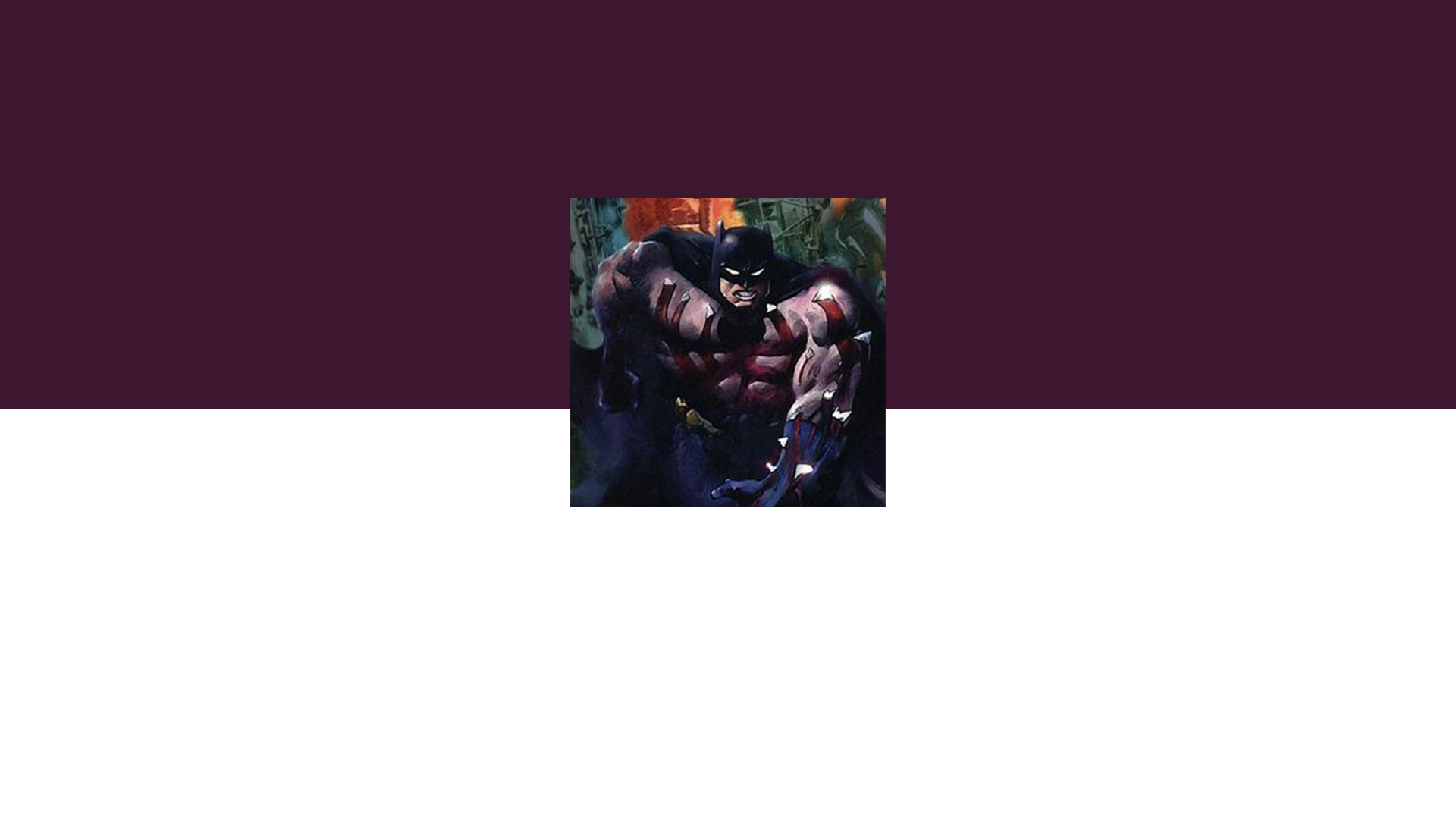 Mark Badger: How to Draw Comics

For anyone wondering how to draw comics, an interview with Mark Badger is a great place to start. Mark is an American illustrator who has worked as a penciler, inker, cover artist, painter, and colorist in the American comic book industry, including within the Marvel and DC universes. Blurb’s Art Director (and former student of Mark), Alex Palacios sat down with him to gather his top tips and advice on publishing and drawing comic books. 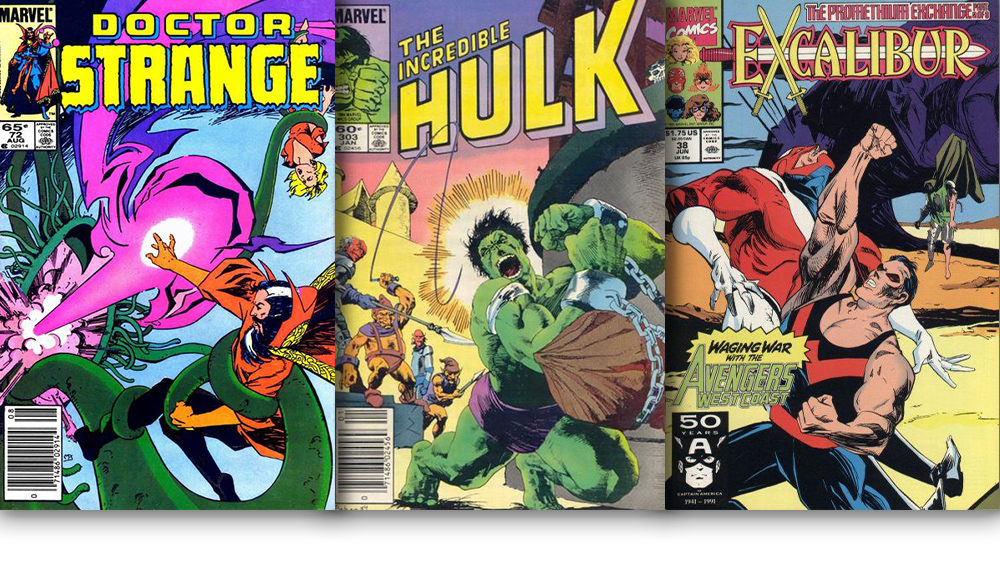 01 Tell us about your experience of drawing comic books and comic book characters?

I started drawing comics in 1985, I had been out of art school for a few years and showed a Marvel editor, Carl Potts some of my work at a comic book convention. He said “You’re OK, I’ll give you some work.” So, I worked at Marvel and DC Comics along with Dark Horse over the next 15 years. In that time, I got to do everything from Greenberg the Vampire, Spiderman CyberComics at Marvel and AOL, to Martian Manhunter, and Batman for DC.

I found I loved telling stories with pictures, and working with writers was fun. The 80’s comic book scene was very loose and people were trying all sorts of different things. Throughout the 90’s, the field closed up and we became much more limited in what we could do, so I ended up moving on to web development and eventually teaching in San Francisco.

Now after leaving teaching, I have the time and space to devote myself to my own comic book projects. I’ve worked on an adaptation of Julius Caesar, a series of Abstract Kirby comic books, and I’ve started a practice of coloring my life drawings and structuring them into comic book pages as fodder for social media. 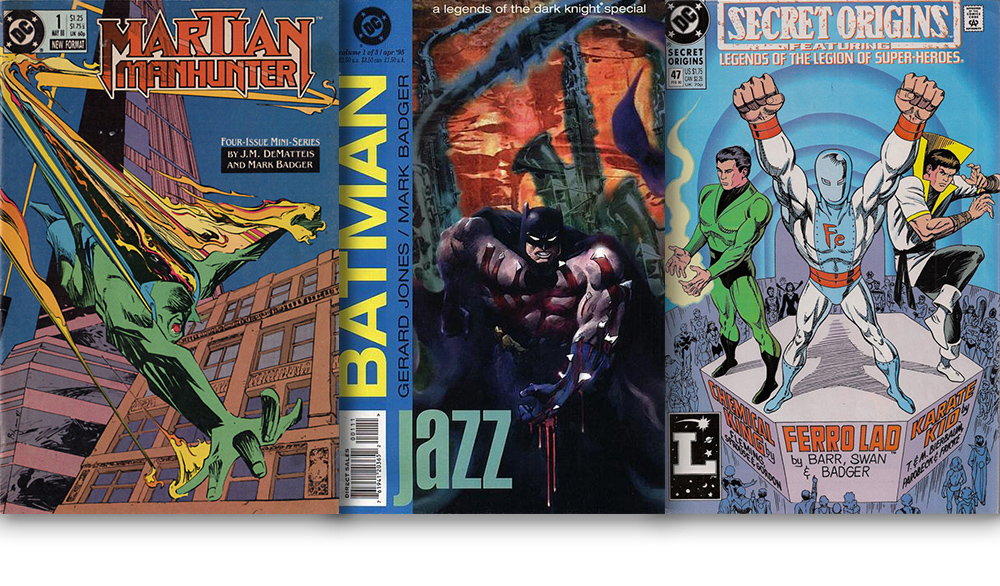 02 How did you develop the “comic book style” illustration technique?

Well, it starts with basic drawing skills—being able to draw a large range of subject matter from cars to flowers and everything in between. But you also learn from the people around you. Carl Potts was a great editor who introduced me to some European artists and talked storytelling and drawing, so I learned a lot from him. Marvel’s editor-in-chief at the time, Jim Shooter, had a lecture on storytelling that he gave to all the artists. He went panel by panel through a Jack Kirby comic book. Jack’s the guy who created Black Panther, FF, most of the Avengers, the original X-Men—basically he was the creative driving force behind Marvel. It was a profound foundation on which to build knowledge of how to draw comics. 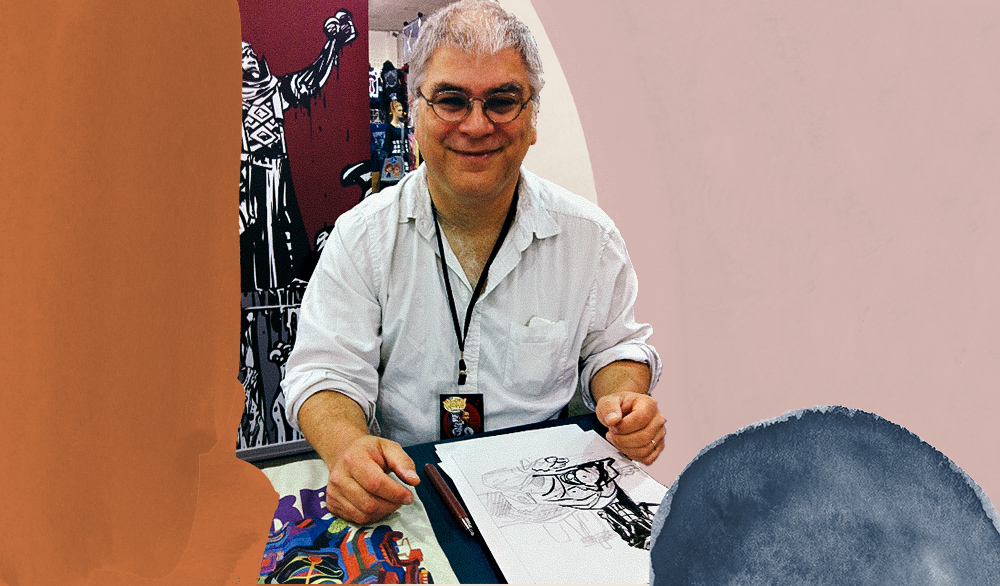 03 What was the most difficult thing to learn about how to draw comics?

For me the balance between being an artist and working in a commercial field is something I still haven’t mastered. The “artist” mythology is about doing your own work. But then in a commercial field you have to do what sells. Balancing the two as you move through life is really difficult. If you’re lucky you turn into Mike Mingola, the creator of Hellboy. He certainly didn’t expect his creation to last 25 years and generate three movies. How much of that was plan and work and how much was luck? I don’t think we ever truly understand the balance of these things.

Right now, I’m trying to teach myself how to “write” comics, so I’m not just an artist who co-plots, but can maintain creative control over the whole thing. 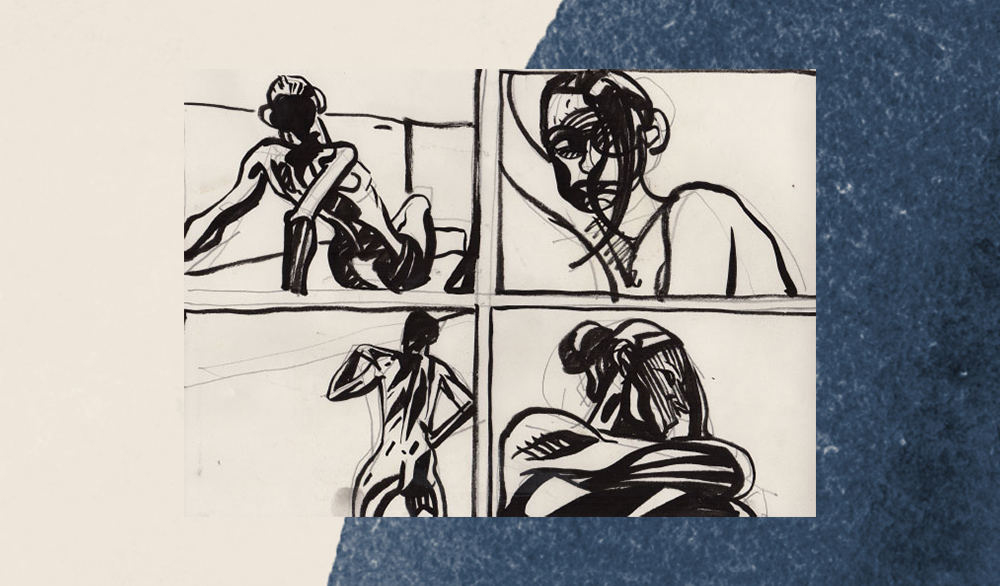 04 How do you collaborate with other comic creatives?

Commercial comics are really a group activity no matter how much you think you’re doing by yourself. Editors and publishers control the money. Inkers, colorists, and writers all impact the work in different ways. When you start working on your own projects it becomes about the community you build to support you, emotionally and creatively. Social media helps you make those connections, but just having a group of artists to chat with, even if it’s only about your cats or politics is really important. 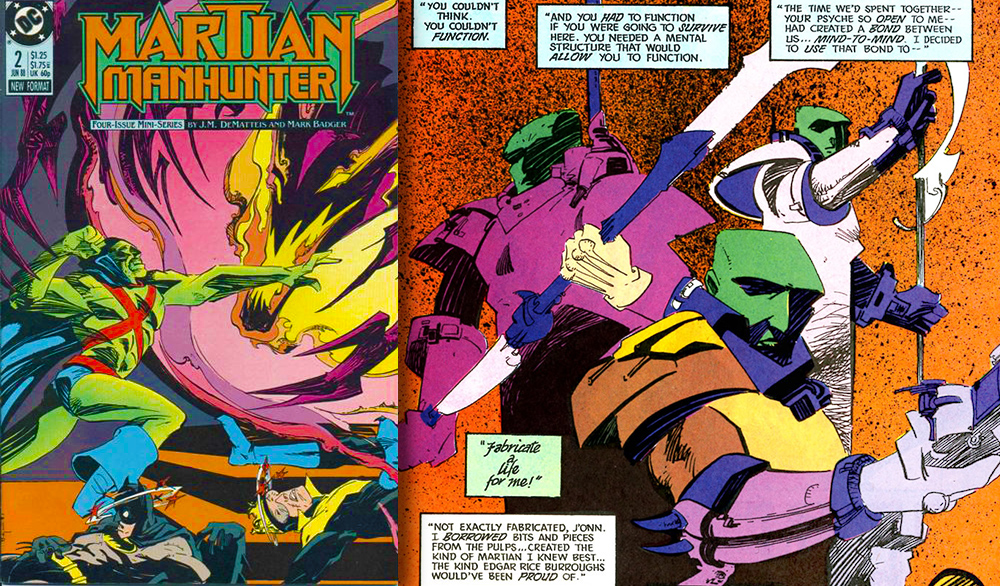 05 What’s your experience of the steps needed to create a comic book?

All the steps that go into making a comic book e.g. outlining, character design, script, illustration, coloring, can be done by 1-4 people. For me, that’s what makes comics more interesting than most other commercial mediums. A movie can have a few thousand people involved with all the effects. An Avengers comic is a writer, an artist, and a colorist. With print-on-demand one person can even do the publishing, get the books, and hand sell them to stores. I think it’s really important to understand all the steps and not try and just be one of the cogs in the wheel. 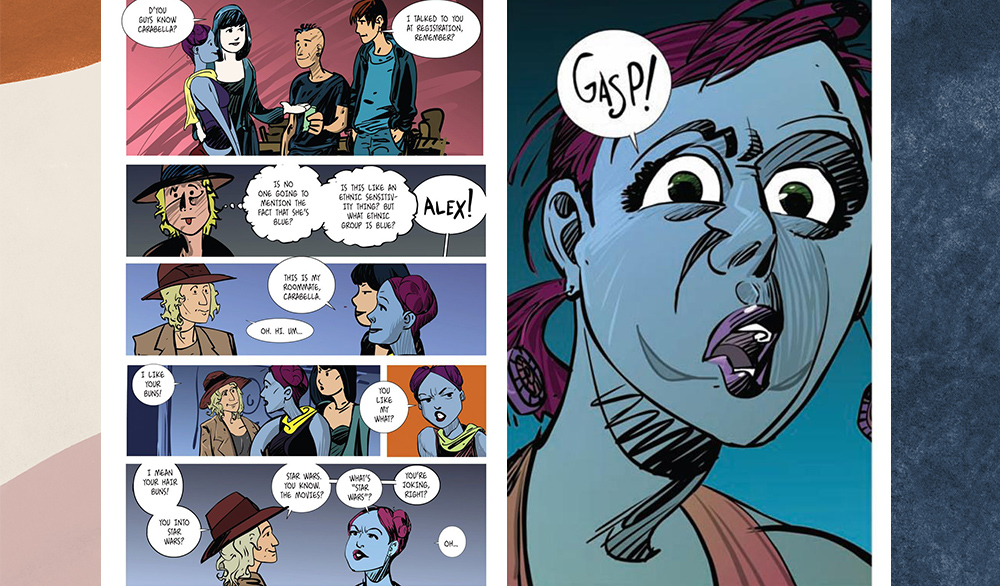 06 Do you have any favorite formats or materials for your comic books?

I’m so old, I like comics on newsprint that you can roll up and stick in your back pocket. But I’m a real sucker for the artist editions, where comic book pages are printed at the size they’re originally drawn. 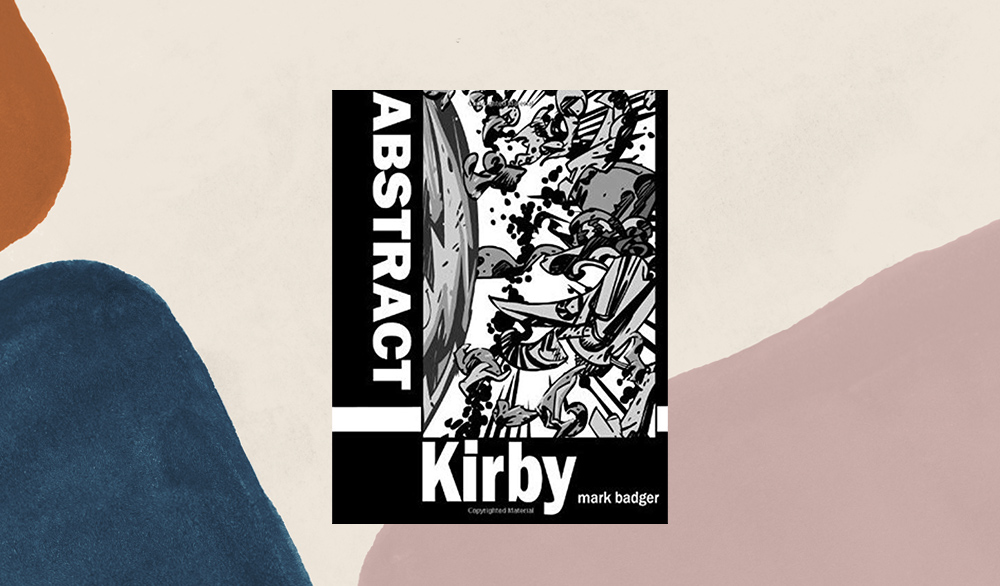 07 How do you go about publishing your comic books?

I use a direct to print service that takes PDF’s and sends me back books. It’s a great way to do niche projects like Julius Caesar or Abstract Kirby. I don’t have to go broke printing a ton of books but I also have print copies to sell at shows and give to friends.

Have a PDF comic book ready to print? Use our easy PDF to Book tool. 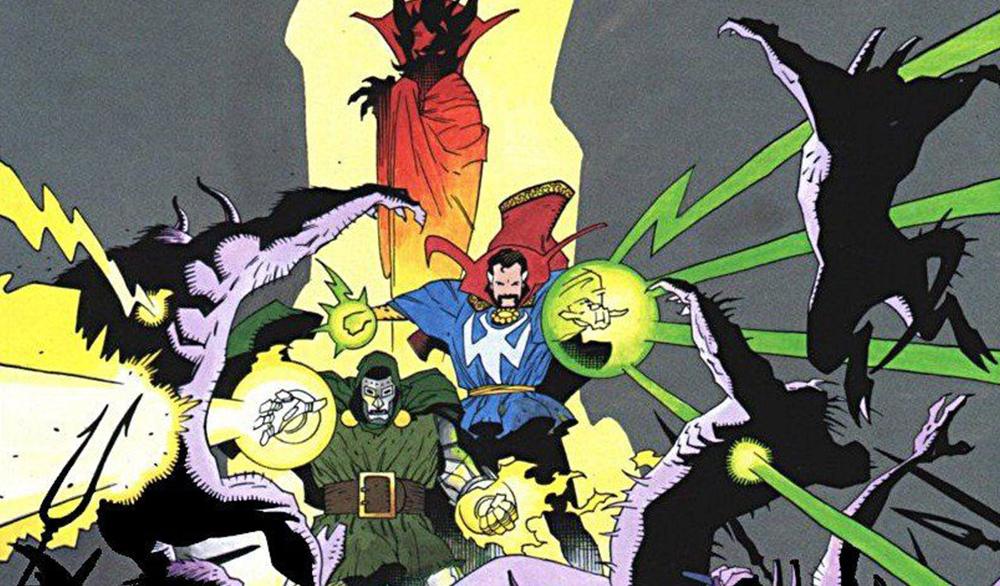 08 Where do you see the future of comic books, both indie and mainstream?

The young adult and teen market is booming. There’s a lot of wonderful light cartooning being done for kids outside of the superhero market that is also selling really well. 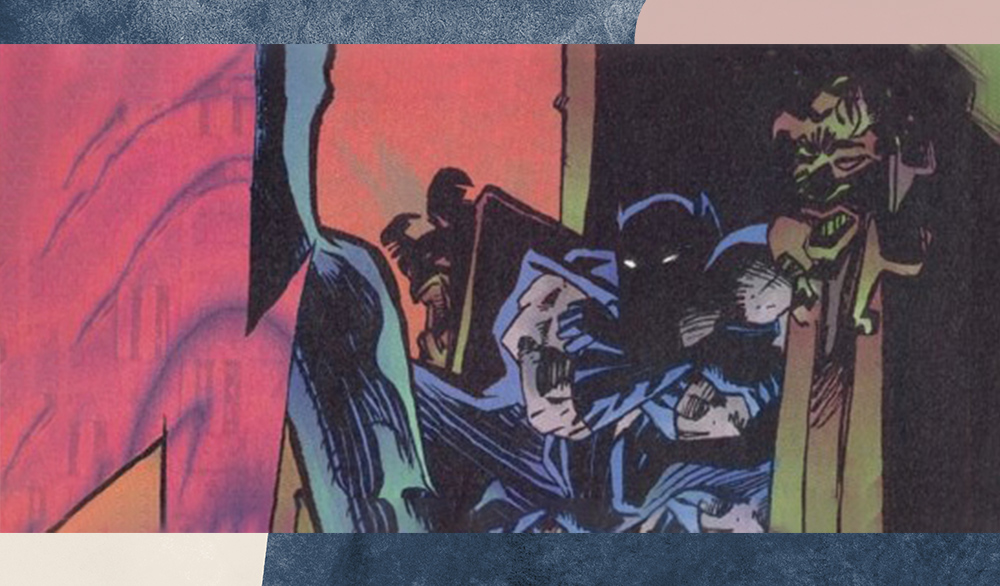 09 Tell us about some of your favorite comic book projects.

The two Batman projects I did in the 90’s were probably two of my favorite projects; Batman: Run Riddler Run and Batman: Jazz. I worked with the writer Gerard Jones and the legendary editor Archie Goodwin on Batman:Jazz. It was about a Jazz musician loosely based on Charlie Parker. Our guy had gone off to Paris gotten himself clean, studied modern music and come back to Gotham to play. Initially we had Bruce Wayne running around the clubs and investigating everything, but at some point, one of us said “let’s have Batman go to the jazz clubs.” So, I got to draw Batman listening to jazz wearing a hundred-foot cape.

Then Archie, the editor, said: “Can you make the 48-page story into a 75-page, 3 issue story with splash pages and big panels?” So I was totally free to explore visually. I had just purchased a computer and colored the job myself, so it has lots of collage, and experiments in color. It’s also probably the only comic that references, not just Charlie Parker and Dizzy Gillespie, but Picasso’s Three Musicians too.

There’s also a Martian Manhunter mini-series I did for DC. I got to redesign the character as a real Martian and while that form has mutated over the years, I got to put a little weird into the DC Universe.

Another significant comic book project was Networked: Carabella On The Run, which came out of working with non-profit Privacy Activism, just as social media began taking over the internet and when Flash was still a viable tool. I made it into a web comic, and used Flash to play with the layout. Then it got printed as a book to distribute in schools. It featured a bunch of college students fighting against big. It even starred a few students from my classes.

What I consider my best work was born out of a series of comics I created called Abstract Kirby, which started out as abstract explorations of Jack Kirby’s work. They’ve now moved into a wider exploration of abstraction and its relationship to the philosophical ideas of Buddhism. 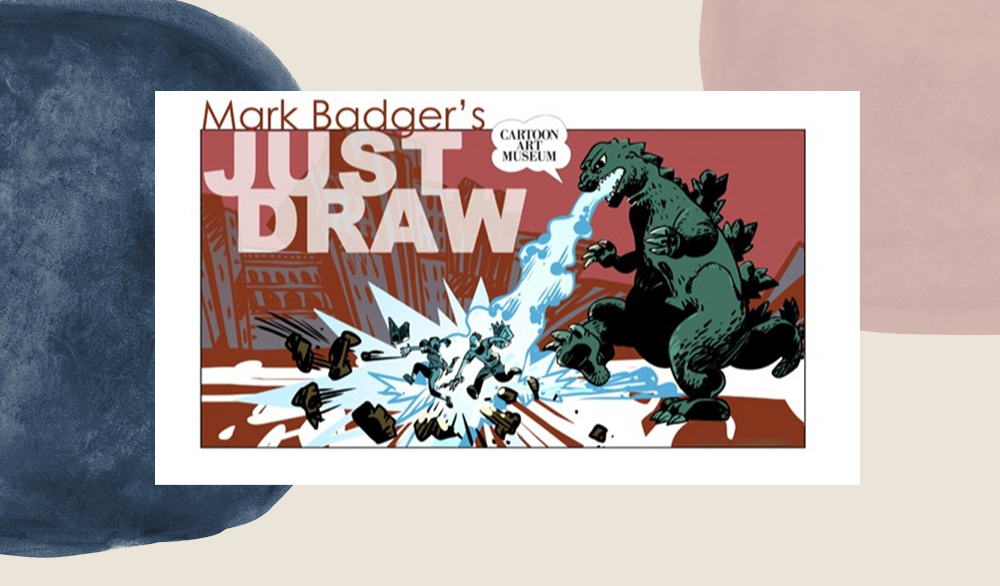 It’s a cliché but always carry a sketchbook with you and practice drawing everything from cars, clouds, and coffee shops, to people on the bus, cyclists—the whole wide world. It’s important because you’re not always going to be drawing that one thing that you love to draw all the time. Stories always go to new and unexpected places. So, the more skill you develop drawing kitchen plumbing (or anything!) will help you invent wild and crazy spaceships.

There’s no magic book tool or paper when it comes to drawing comic books. The key is time. If you put in an hour a day, you will be a better artist in a month, in a year you’ll be even better, and in four years you will have improved a lot. Look at your day and figure out how much time you have to devote to drawing. Not chatting on the internet and drawing, not watching tv and drawing, just drawing. And do that every day, religiously. Schedule 15 minutes (or whatever you can do) of drawing time and make that your number one priority.

Thank you, Mark for being so generous with your time and giving us something to geek out about. You can keep up to date with Mark’s new creations at markbadger.org or by following him on Instagram.

Ready to start your own comic book? Start laying out your project with our free desktop tool, BookWright.