Home » Photography » Mirrorless vs. DSLR Cameras: How to Choose 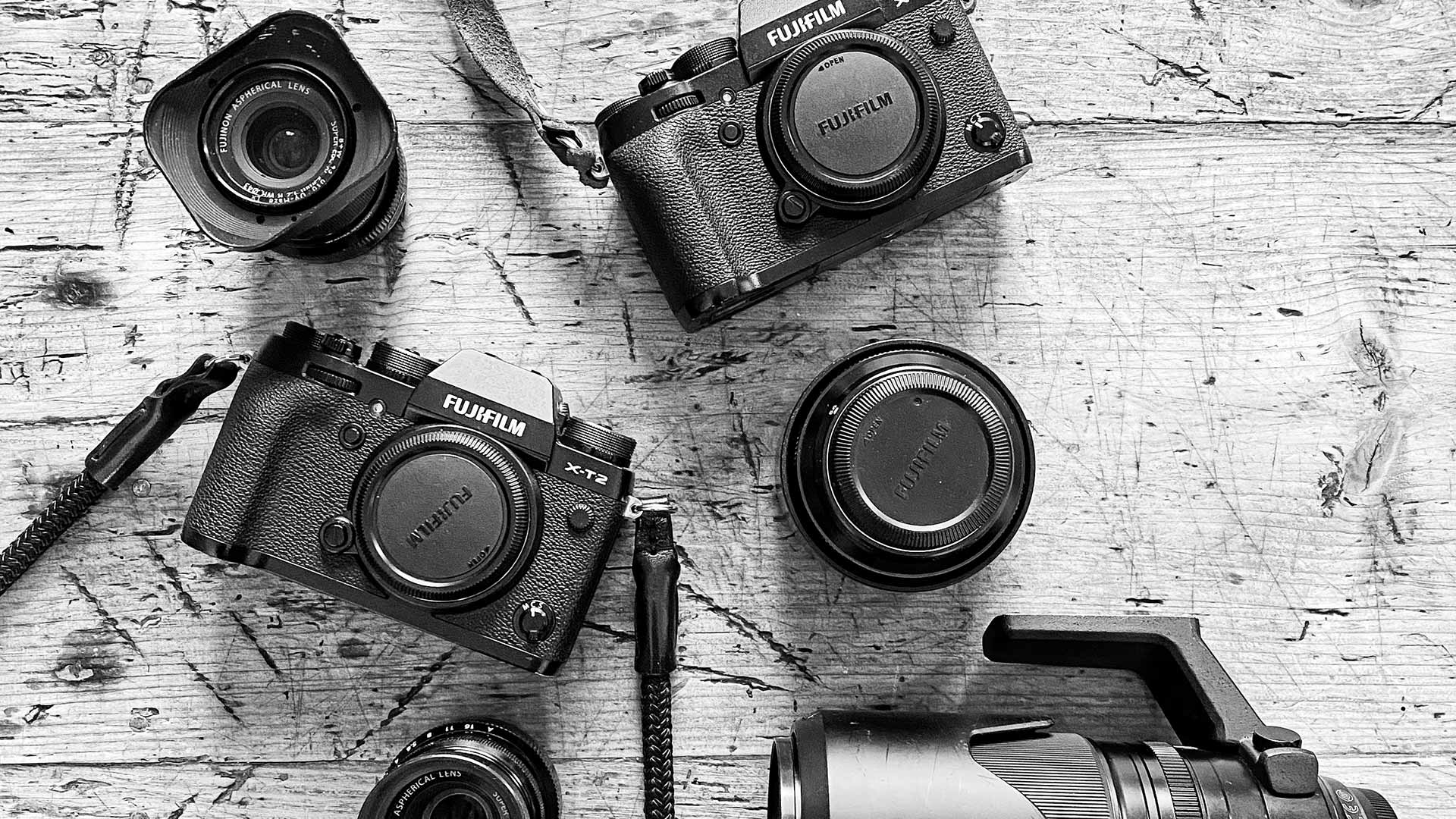 Mirrorless vs. DSLR Cameras: How to Choose

Before diving into the similarities and differences between mirrorless and DSLR cameras (and how to choose), let’s take a step back. Looking at the history of photography even briefly can help us understand the camera technology that came along with it. When I think back to cameras of old, my mind goes mostly to the 35mm and the long legacy and style of photograph that this format brought to the world. Sure, things like the Daguerreotype paved the way, but my mind always goes straight to 35mm.

The 35mm Camera – Then and Now

In early 35mm camera history, you can’t overlook two brands: Leica and Nikon. Leica brought the world the first commercially available 35mm camera with the Leica 1, which began selling to the public in 1925. Leica followed with a legendary series of cameras that continues to this day. Nikon followed in 1948 with the Model 1 which led the way to the legendary Nikon F series of cameras. As a young photographer, I was enamored by the men and women covering the war in Vietnam. Seeing still photographs of these journalists flying into battle with their Nikons and Leicas, let alone seeing their subsequent photographs, was what made me decide to become a photographer.

The late 1990s brought the digital revolution to photography and with this revolution came massive changes to camera technology. Out went the film camera and in came digital. With changes in technology came changes in brand. Kodak, long considered the top brand in analog technology, actually pioneered the invention of digital photography. Leica and Nikon were still major players but were suddenly greeted by digital-savvy brands like Canon, Ricoh, Sony, Fujifilm, Panasonic, and many more. Photography once considered difficult and for an exclusive crowd suddenly became viable for the masses.

Today we are still seeing serious change in camera technology. But for the average consumer there are two basic camera choices, the DSLR and the mirrorless camera. The DSLR combines the same mechanisms of the single-lens reflex film camera, including the mirror, but instead of film the camera utilizes a digital sensor. The mirrorless camera is as it sounds, a camera without a reflex mirror. So, what is the best option? Why would someone choose one over the other?

First off, let’s talk size and weight. Due to the DSLR requiring the use of a reflex-mirror, it is noticeably larger than a mirrorless camera. Consequently, DSLRs tend to be bulkier and heavier. Now, you might think this is the end of the story, but it’s not. In terms of capability, you won’t find a more robust photography system than the DSLR. Remember, the mirrorless digital camera is a relatively recent invention. The DSLR has been around for a long time and brands have entire systems in place revolving around their flagship DSLRs. This is changing rapidly as companies invest more heavily in mirrorless technology, but the fact that the DSLR camera is larger shouldn’t limit your decision making.

Next up is the performance of these systems through aspects like autofocus, image preview, image stabilization, image quality, shooting speed, battery life, lens options, and durability. Early on, the DSLR camera held distinct advantages over the mirrorless camera in nearly every category. The DSLR was tried and true and the mirrorless camera was the new kid on the block. How things change. Due to the decrease in camera size, and rapid advances in technology, feature sets, and capability, photographers began to quickly gravitate to the mirrorless camera just a few short years ago. And yes, even professionals are using mirrorless cameras on a daily basis.

In terms of autofocus capability, both systems now offer world-class speed. Focus tracking, eye tracking, and multi-point autofocus are par for the course. It is rare to hear anyone complain about autofocus speed. Image preview is much the same on both systems, but there have been changes to the features and capability of the preview screen itself. Flip-out screens and touch capability are now commonplace. Shooting speed is also consistently good across both platforms.

Stabilization is another feature offered by both systems and at the highest level, with stabilizing features now being built into both camera and lens. In terms of video and still photo quality, both the DSLR and the mirrorless options offer massive sensors and file sizes with motion footage up to 4k and beyond.

The nod to battery life would still go to the DSLR. When there’s a larger camera structure to work with, it’s possible to include a larger battery. But even though mirrorless cameras are playing catch up when it comes to batteries, the improvements over the past year have been remarkable. I recently upgraded to a new camera and was amazed at the improvement in battery life.

If I had to tip the scale in one direction or another for these categories, I would give a slight nod to the DSLR. Again, the DSLR has been around for a much longer time than the mirrorless, so these pioneering camera systems are incredibly well designed and well thought out. But the differences are fractional at best. I have been using mirrorless cameras for the past three years and have never had a single failure.

One question I hear a lot is “Will mirrorless cameras replace the DSLR?” The truth is, I don’t know. Market demand tends to be what makes these decisions for us. I can say from personal experience that my move from DSLR to mirrorless has been seamless and wonderful in every way. Camera size is very important to me, so the mirrorless fits my lifestyle and my needs nicely. I’ve learned to live with things like shorter battery life and fewer lens options, but I can say with certainty that these realities have never impacted my work in a negative way.

Over the past three decades I’ve been asked thousands of times, “Which camera should I buy?” My answer might surprise you. Buy what you will carry, and buy what makes you excited enough to go make pictures. Whatever brand, DSLR or mirrorless, is somewhat irrelevant. What matters is pointing your camera out and into the world.

Written by Dan Milnor, photographer and Creative Evangelist for Blurb.