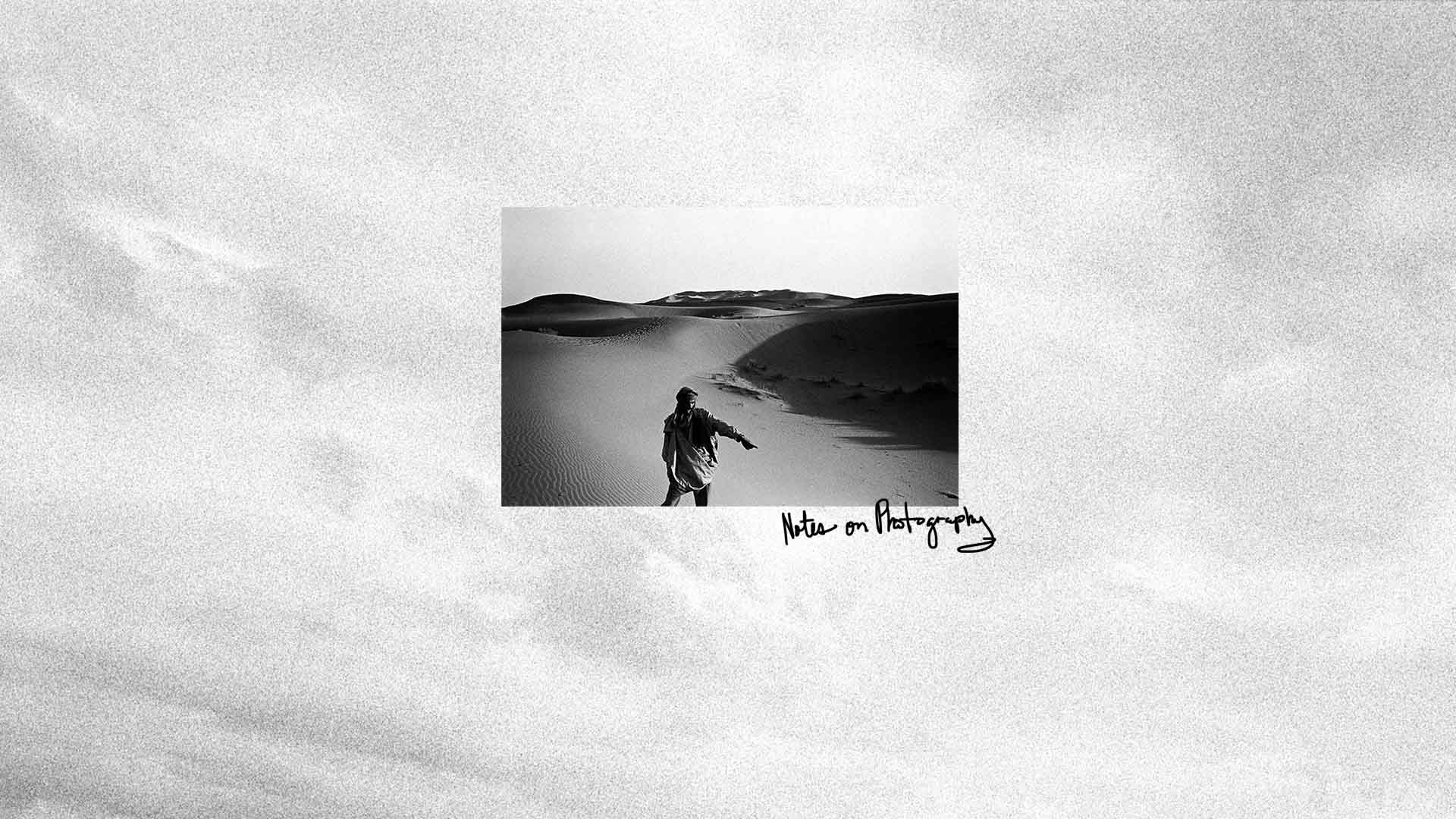 Notes on Photography is a blog series all about images. Each month, Dan Milnor shares photography tips by revisiting an old photograph and sharing his notes on what works within each shot, what he would do differently, and why.

With a co-worker preparing for a trip to Morocco, I thought this image appropriate. It’s taken somewhere in the Sahara Desert, Morocco in the year 2000. It was shot from the back of a camel with a Leica M6, TMAX 3200 film, and a 35mm f/2 lens. We ended up spending the night out in the dunes and were lucky enough to experience a full moon, which was so remarkably bright it was nearly impossible to sleep. 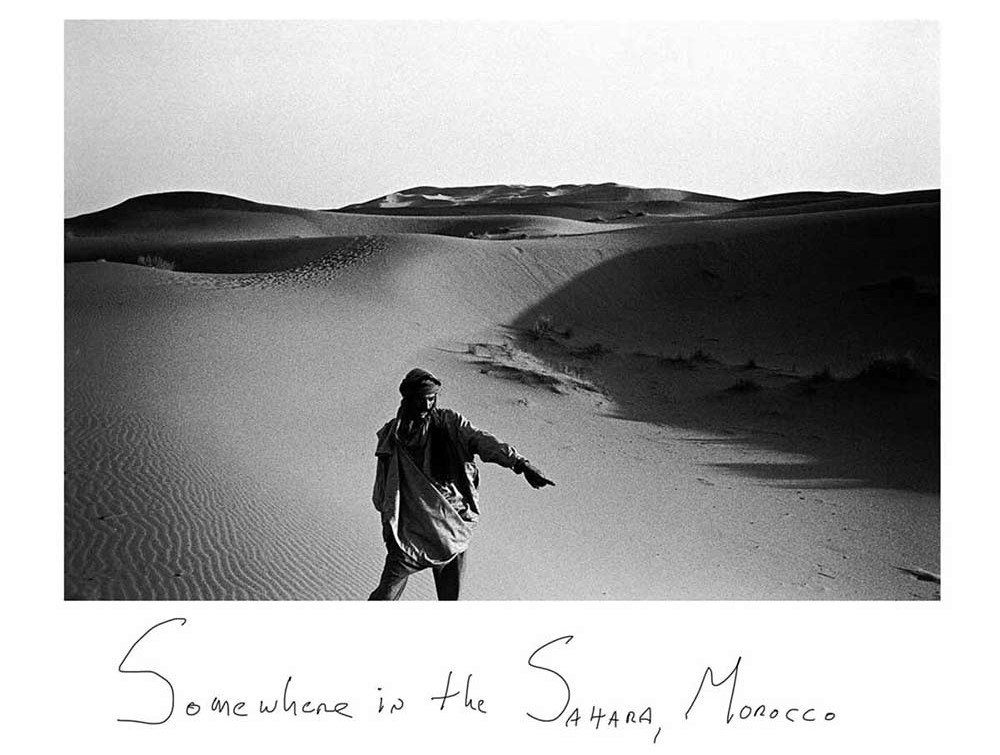 There is a lot about this image I like. First, the gesture. I am from the “decisive moment” philosophy, so catching real moments is key for my photography. His arm gesture also comes in the form of a diagonal, which adds a dynamic element to the foreground. The man is slightly off center, so not quite Rule of Thirds, but pretty close.

I also like how the light bends around the dunes and leads your eye back, right, then up and out of the frame.

Finally, I took this image from above, which really helps isolate the man in the foreground and provides an overall depth to the image. 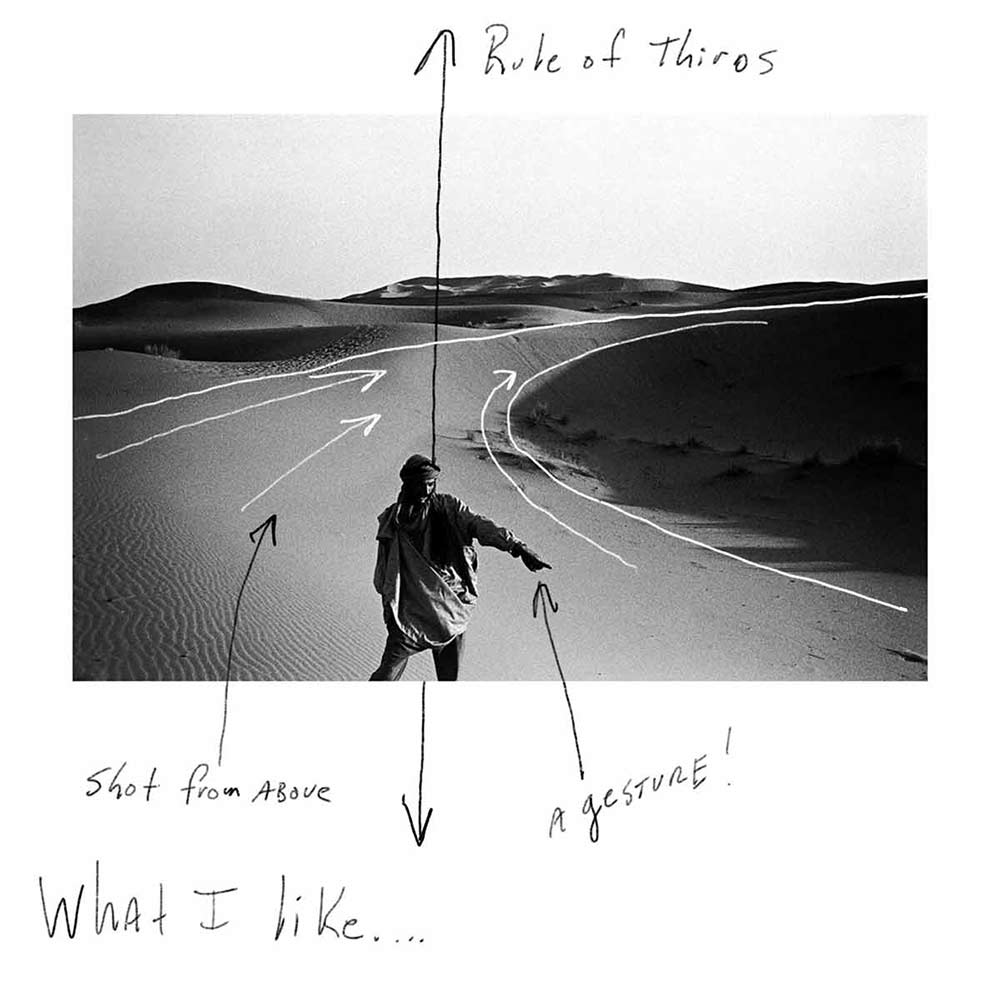 This was one of those cloudless days in the Sahara, so there really isn’t much detail or drama in the sky. Not much I could do about this, but maybe I could have used a yellow filter to add a bit of contrast. I also think I need to bring a little more detail out of the dunes.

Lastly, the footprints in the upper left. Without those prints, it would look like virgin dunes, which to me, would add to the feeling of isolation. 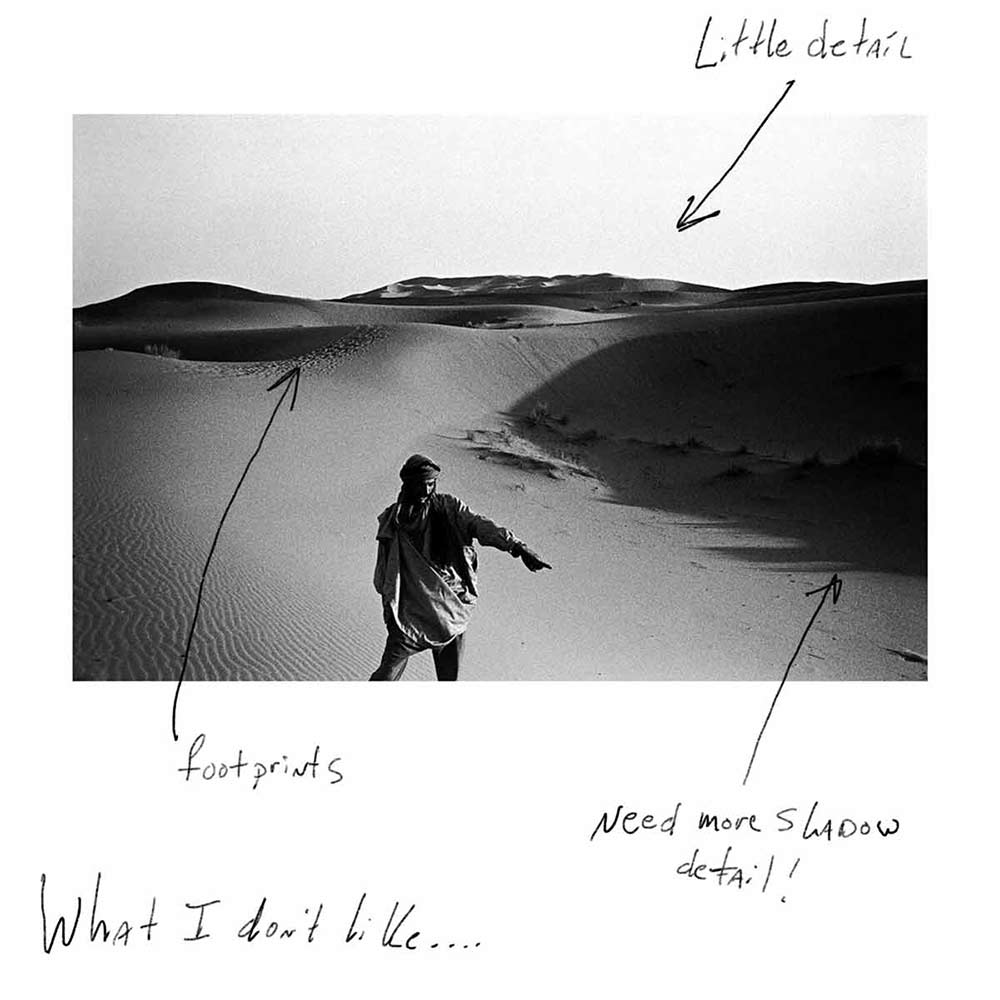