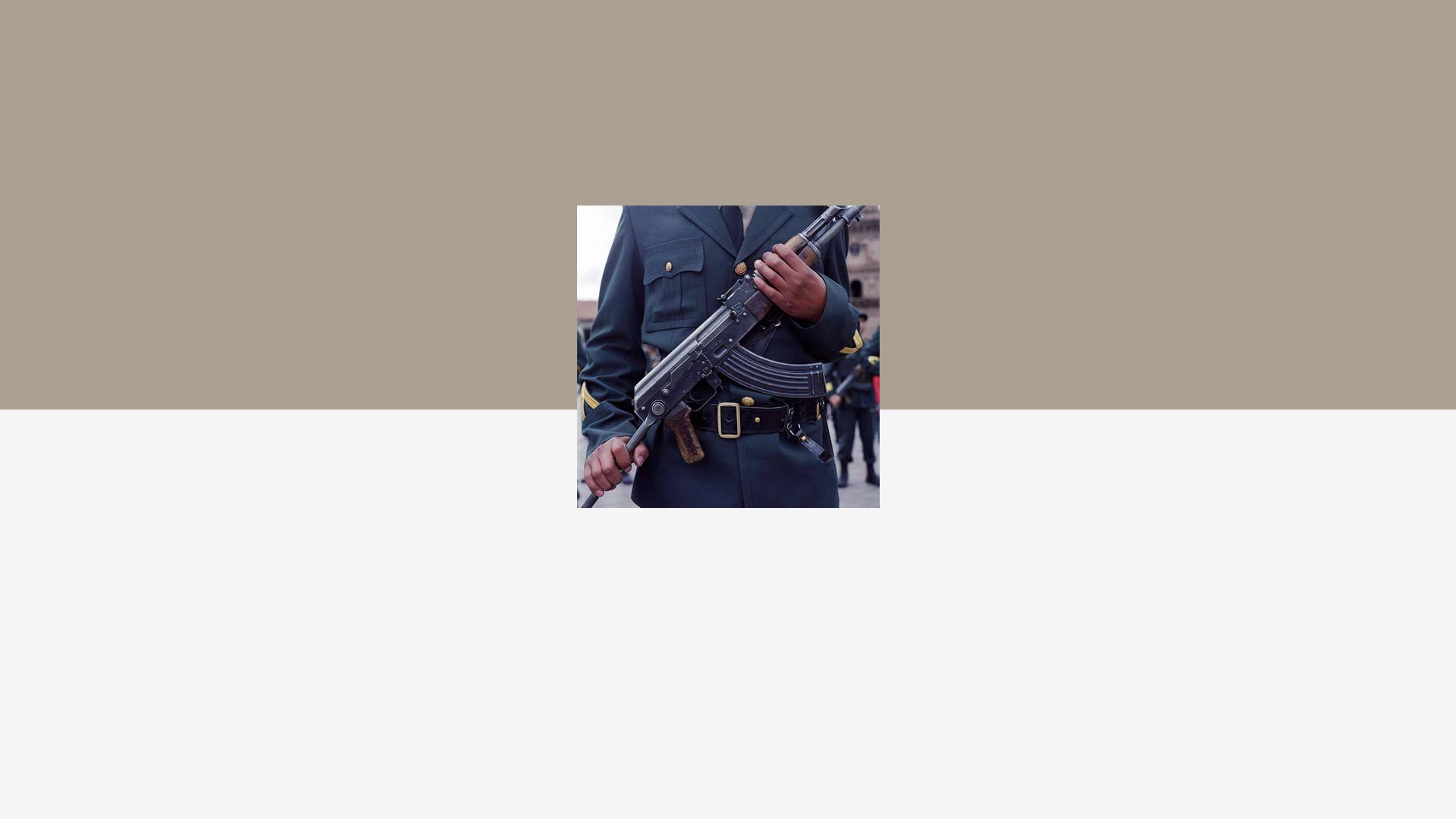 Robert Capa, the famous war photographer once said, “If your pictures aren’t good enough, you aren’t close enough.”
When I first began in photography I was handed a bag of equipment by an older, famous photographer who said, “Don’t stand in the north-forty and shoot something in the south-forty.” Now this photographer was a country boy from Texas, so allow me to translate. What is he was saying to me was “Get close.”
Getting close can be intimidating, scary, uncomfortable and can lead to someone saying, “Get away from me.”
But, we are photographers and this is just a part of the life we need to lead.
The photograph you see above was made in Peru during Easter celebrations in Cusco. I purposely shot this image to see if I could get away with it. I could have easily stepped back, grabbed a longer lens and photographed the soldier’s entire body. But for me what made the image was the grip on the weapon, a device that has had a significant impact on Peruvian history. So, I motioned to my camera, motioned to him, asked if I could photograph him and then just kept moving forward. However, before I moved I had metered the scene, set my camera and chose the lens I preferred. So, when I actually got this close to the soldier I was only that close for the time it took me to make two exposures. In and out.
The best way to keep “getting close” in mind is to always think about leaning forward not leaning back. I’m not a fan of photographing unsuspecting people from across the street. Lean forward, get close.
Another trick is to wait until you are just about to hit the shutter button then take one step forward.

Have your own “Get Close” story? Share in the comments below.