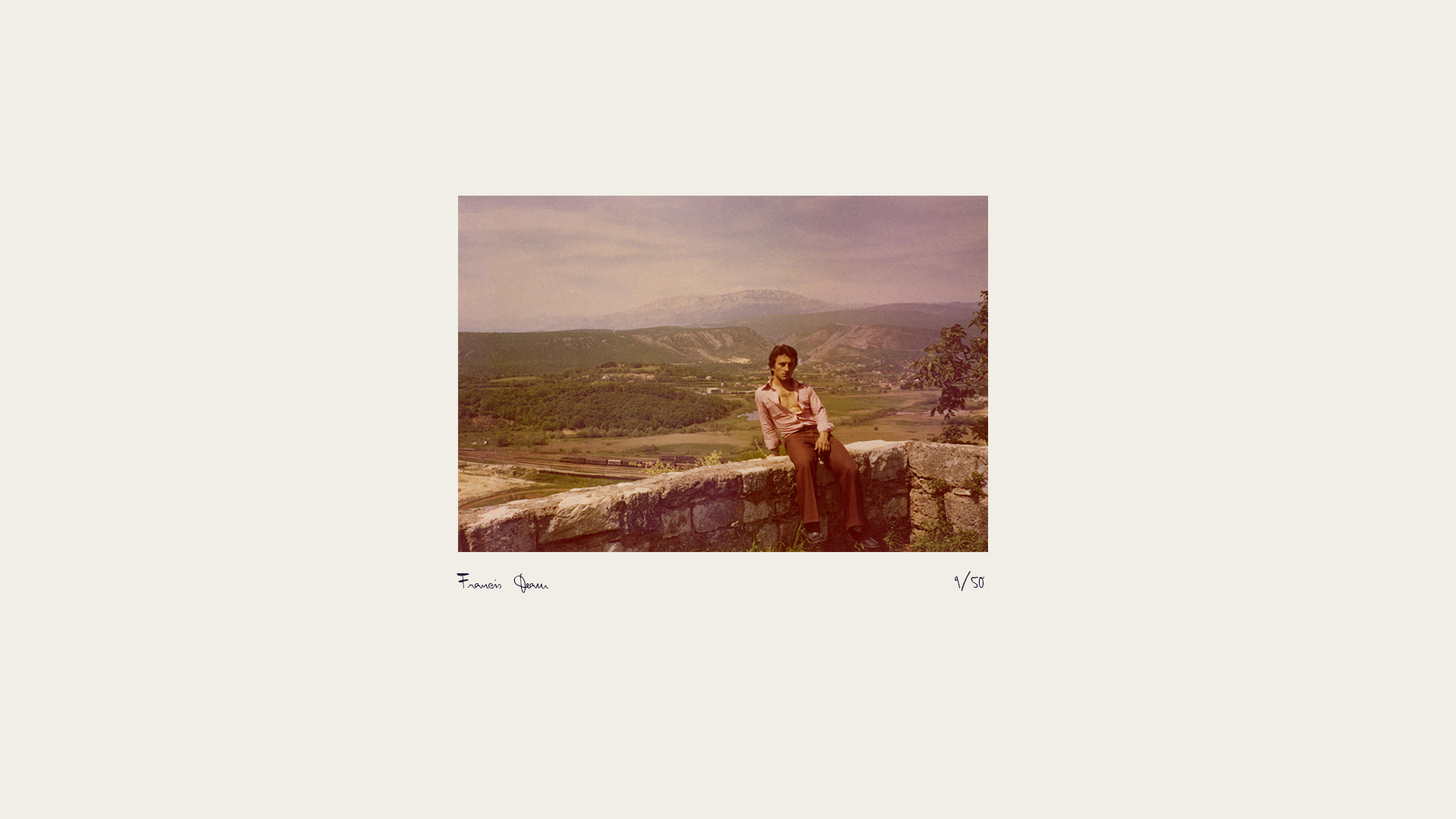 The History of Photography—10 Moments that Changed How We See

In the last 100 years, technology has radically changed the way we see and remember in our daily lives. The history of photography illustrates just how drastically those technological developments have changed information communication and human relationships. By tracing the growth of photography all the way to Instagram, we can see just how our relationship to images came to be what it is.

From the camera obscura to pinholes, to Daguerreotypes, historically, photography was much more about chemical and mechanical experimentation with light than it was about art.  It wasn’t until George Eastman—an industrialist in Rochester, New York who was the first to employ scientists as part of a factory’s Research and Development Team—made his first breakthroughs that photography came to matter to people outside a scientific setting.

Here are 10 landmarks in the history of photography that changed our relationship to images forever.

George Eastman, who later formed the Eastman Kodak Company, invented a film with a base that was flexible, didn’t break, and could be rolled for both storage and capturing images. This rolled film is first used by movie makers, launching the motion picture industry. It’s widely used until the 1920s when it’s refined into 35mm form for still cameras.

Eastman introduced the Kodak Camera in 1888, but it was the Brownie, which was small and sold then for just $1, (the equivalent to a mere $25 today) that changed everything.

Before Eastman released his Kodak cameras, historically, photography was for formal, academic, or professional use only. His camera was so easy to use, “even women and children could operate it!”, claimed an early ad. And use it, they did! Almost overnight, pictures became prized personal objects. Photography became accessible to the masses, who no longer needed professional, technical, or aesthetic training to document their lives. “Snapshots” were invented—the ease of creating photographs broke them free from formal, serious subject matter. People used cameras to capture the goofy, beautiful, and ordinary everyday life. Smithsonian Magazine notes that these early photos rarely showed anything sad.

In one year, the Eastman Kodak Company sold an unprecedented quarter of a million of these little cameras.

After Eastman’s little camera created a worldwide market for cameras and film, other companies joined the competition for a piece of it. Camera technology continued to evolve throughout history, with companies like Canon, Nikon, and Leica joining the race. Each added components to their cameras that are all part of our modern cameras today: interchangeable lenses, built-in light meters, flashes, and automatic film advancement. Though the vast majority of photography in 2019 is digital, cameras and photography still uses the developments from this time as referents for our contemporary experiences.

Color film was first available for movies, then for still cameras. The technological development meant that we remembered in color as well as saw in it. It also changed the processing—color film could no longer be processed and printed at home in (basically) someone’s bathroom. This increased the cultural attachment to images and also grew a chemical production and photo processing industry that corresponded to the new, complicated film.

Life Magazine, Time, National Geographic, and even fashion magazines like Vogue and Harper’s BAZAAR hit their heyday. These historical magazines fueled an even deeper cultural appetite for images. Photographers were elevated to rock star status and a new way of communicating emerged—photojournalism. Skilled photographers and their imperious, exacting editorial teams could now tell entire stories using photographs alone. Some of the most famous photographs in modern history were created in this magazine era. Photographers like Henri Cartier-Bresson, Richard Avedon, and Alfred Eisenstaedt created some of America’s most iconic, recognizable images while on assignment.

Edwin Herbert Land was an inventor who experimented with light-sensitive polymers that were eventually used in polarized-lens glasses. In 1948, he unveiled his first instant-film camera, and over the next few decades, refined the technology into one of the most marketable consumer products of all time.

First released as black and white film, instant color film dominated the market by the early 1970s. In 1972, Polaroid released its iconic folding camera that was in millions of homes. For the first time in history, people could get instant access to their memories—in color— without having to send away for film processing. There was no longer a days or weeks-long gap between what you captured and the revelation of how it turned out. Polaroid even developed more sophisticated cameras with professional-level exposure meters and equipment, but they never caught on because the prints they produced couldn’t be re-used and reprinted for publication in books and magazines as well as slide film could.

The technological development of the mid 20th century was fueled by two extremely powerful forces: the entertainment industry and the Cold War.

In 1951, Bing Crosby—that Bing Crosby, the entertainment and media mogul of “White Christmas” fame—helped fund the laboratory that created the first videotape recording, which captured live images and saved the information onto magnetic tape by converting it into electrical impulses. During the 1960s, NASA migrated its recording technology from analog to digital signals to record the surface of the moon and astronaut footage. The US Government’s funding helped hasten further rapid development in the digital sensor as they discovered its use in spy satellites and other spy technologies.

Texas Instruments patented the first film-less camera in history in 1972. By 1986, Kodak scientists had invented the world’s first megapixel sensor. This first digital sensor was finally capable of producing a photo-quality 5×7 print. In 1991, Kodak outfitted a Nikon F-3 with a digital sensor, marketed toward photojournalists. Combined with its Photo CD system, these Kodak products defined color in the digital space and tied computers and cameras together forever.

Ironically, these digital cameras were the downfall of the 100-year Kodak supremacy, as other global camera manufacturers outpaced Kodak in the digital revolution and rendered film cameras obsolete. From 1997-2007, both Canon and Nikon released that models that so advanced digital cameras, they could finally capture and render images better than film. The advent and refinement of ink-jet technology completed the revolution with new, easy, accurate ways to print digital images.

Despite advances in digital cameras that created the smallest image-capturing devices in human history (tiny cameras that could fit in a shirt pocket!), Apple’s iPhone put a reasonable digital camera in everyone’s hands. It also had intuitive, sophisticated ways to render and transfer phone photos with iPhoto and the Photos application on the device itself. While it wasn’t the most impressive sensor or lens, the device was calibrated for the best possible photos with the least possible photographic knowledge and effort. This returned everyone to a new “Snapshot” era. Photography came full circle. From science project to formal history to consumer captures to fine art, it was now back in the hands of everyday people capturing everyday life all the time.

That same year, Flickr, the world’s largest online host for images invented in 2004, reported that the iPhone was the most dominant device in contributing to its nearly billion images. The open-source app store created new ways to process and modify images without costly professional software and created new avenues to display them.

While Facebook was already a few years old, 2007 marks a major overhaul with the invention of image tagging, the Timeline, and Facebook Albums. The appetite for images exploded. Before Facebook, digital images languished on a hard drive in miscellaneous folders, only occasionally printed, after a cumbersome, cable transfer to a desktop computer. Though it was easier than ever to create images, there was very little use for them, until the ubiquity of social media. Suddenly, there was a purpose behind creating these ordinary images of ordinary things.

For the first time in history, your images could get the exposure that was previously only available to fine art in galleries in just a few clicks. Photos become the storytelling agent and status symbol for everyone online. The combination of always having a camera, plus easy processing and posting from the same device changed everything. This democratized image making and audience reach in an unprecedented way, more than any other past invention. Posting still images, and eventually, video became a way of sharing experiences rather than merely isolating moments as objects and putting them on display.

Instagram was the first photo-centric online sharing platform, bought from the original developers by Facebook for $1 billion in 2011. It boasts billions of images connected by location and hashtag, from fine art to the mundane and grainy. Image tropes and their popularity on the platform drove the rise of selfie culture, shaped food trends, created honeypot destinations, and turned everyday life into a full-time aesthetic experience measured against Instagram-engendered ideals.

We’re still coming to terms with this impact on our culture and well-being, but participation in all of it hinges on creating images with both cameras and mobile devices.

New developments in photography technology are still searching for the perfect balance of power and precision, of capability and size. We’re still trying to get the best possible images with the lightest, most portable equipment, which now includes satisfying our cultural appetite for video. From the first silver plates to the latest viral video, the history of photography will always reveal the way technology shapes the way we see, live, and remember in the most extraordinary and ordinary ways.