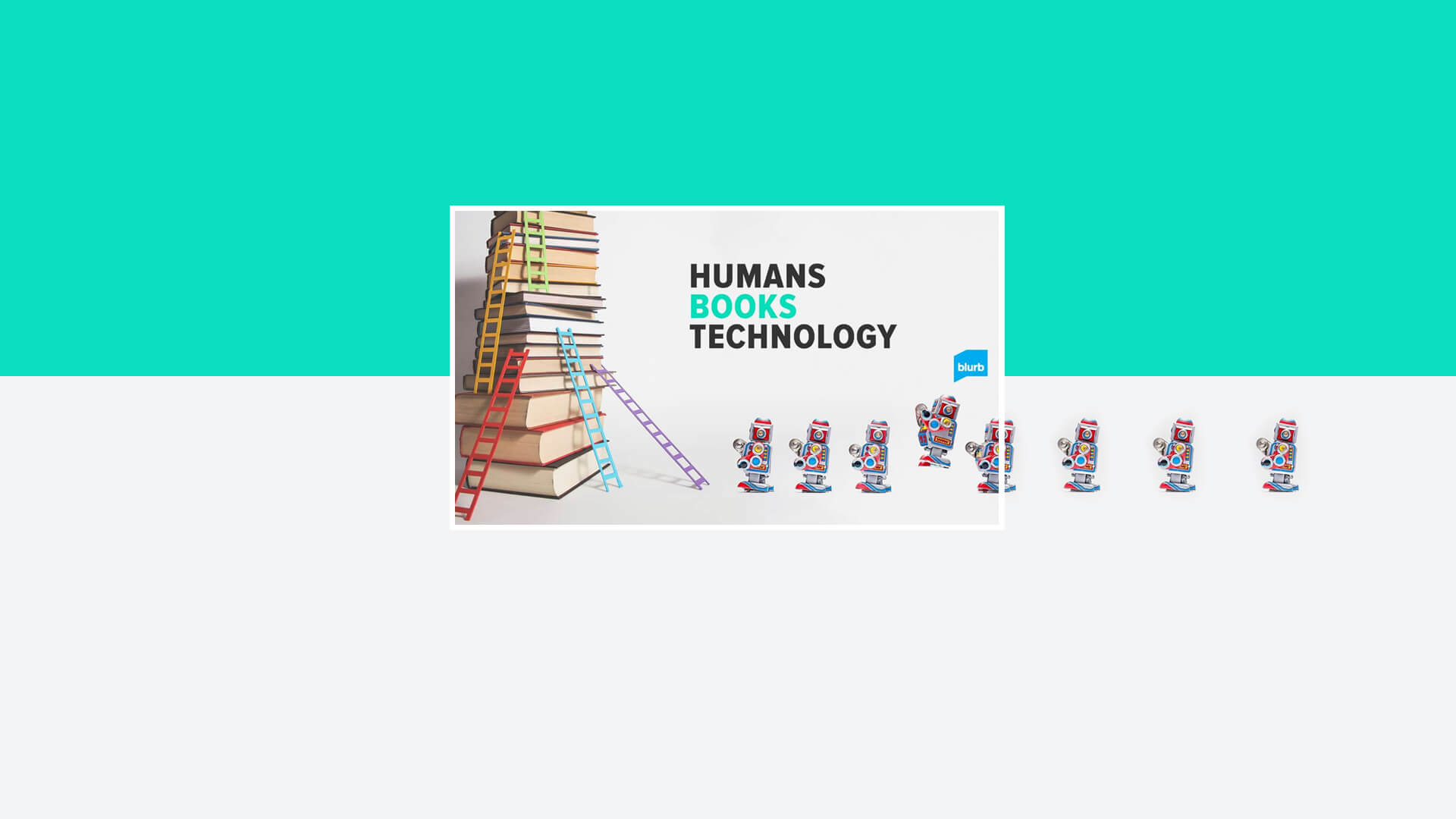 I recently had the opportunity to be a speaker at Brightworks Innovation Day. Brightworks brought together an amazing group of people who are doing interesting things while pursuing things they love—whether it be in marketing, social justice, or innovation.

My talk focused on books and people, and how that relationship never stands still.

When we think about books, we often limit ourselves to the 20th century interpretation of what is considered a book. We think about a spine and a cover with many pages inside of it. Novels that take a lifetime to produce, not as dynamic forms of storytelling that can be played with by people of all ages. We hear people arguing about print books and ebooks, and how one format will kill the other.

It could identify the stories that need to be told, or it could confirm why certain topics simply remain in obscurity.

The truth is that thinking about books in the context of formats alone is limiting and misguided. The same way that books shape shifted from tablets and scrolls to physical books, printed books have begun shifting thanks to the arrival of the Internet and companies such as Blurb that make self-publishing a reality.

Books are format agnostic. From a book, content can evolve into podcasts, websites, blog posts, and even tweets. The following are a few awesome examples of how much is possible if we rethink books and allow ourselves to see them in myriad formats.

French publisher Short Édition has come up with the idea of a vending machine that prints out short stories on receipt paper, in one of the three lengths: one-, two-, or five-minute reads.

“You never did. The Kenosha Kid.”

In Thomas Pynchon’s Gravity’s Rainbow the main character is interrogated by the US Government under the influence of the “truth serum.” As the story develops, his character’s high subconscious breaks apart and deconstructs around seven variations of the lines: “You never did. The Kenosha Kid.” Darius Kazemi’s Twitter Bot did what Thomas could never do: It has generated more than 8,800 tweets exploring possible grammatical combinations of the infamous phrase.

Computers have been writing poetry since 1983 when an experimental book called The Policeman’s Beard is Half Constructed was written by a program called Racter. This wonderfully quirky book is of historical importance because it laid the groundwork for the more complex creative writing programs that are found today.

Aside from creating interesting Twitter bots, Darius Kazemi also helps lead the National Novel Generation Month challenge. During NaNoGenMo, 50k-word novels are released along with the code that helped write them. 500 computer-generated novels were produced during the 2015 challenge.

Machines with an imagination

WHIM (What If Machine) is the creation of an international group of experts in machine learning. It works by generating scenarios in various creative palettes. Scenarios are, of course, a hit or miss. You might have seen the more successful ones, including “what if there was a little dog that was afraid of bones,” while there are also some that are less successful, such as “what if there was a guard who woke up in a pond as a frog but could still kiss a princess? Thanks to Chapstick, put your lips first!”

The result of thinking of books as much more than paper-bound is positively liberating. It allows us to play with both content and format in ways that wasn’t possible decades ago. It’s also amazing to think of emerging tools that will allow us to use technology to assist us with our literary dreams. Imagine a world in which artificial intelligence could find literary pathways that haven’t been exhausted yet, zones that are still untouched by the usual genres. It could identify the stories that need to be told, or it could confirm why certain topics simply remain in obscurity.

What will books be to you?