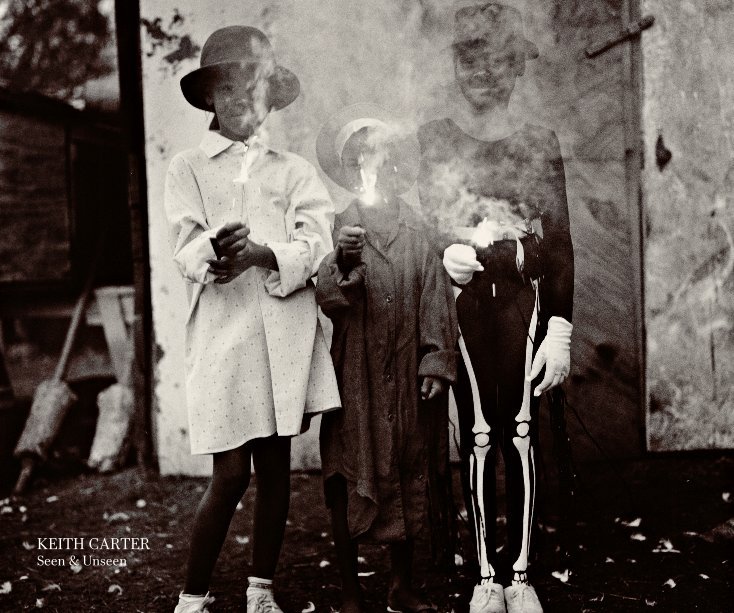 It's been ten years since Texas-based photographer Keith Carter's last exhibition in Chicago. In this time, Carter has added three publications to his increasing list of monographs, including his latest release, Fireflies: photographs of children. “Seen & Unseen” brings together many of Carter’s signature images – Chicken Feathers, Radio Flyer, Angel, The Waltz, Meagan’s New Shoes, Pinocchio – and introduces work from his recent foray into the digital arena.

Much has been written about Keith Carter and the impact his photography has had on the contemporary photographic landscape. Often called a poet with a camera, Carter has spent more than 30 years searching for “truth and beauty.” This clarity of vision allows him to approach both adults, children, objects and animals with honest and heartfelt respect, firmly believing that everything he experiences is a teachable moment. Whether it is two children marveling at a jar of fireflies in a southern swamp, or three young girls enveloped by smoke from sparklers they are burning, or a young boy staring at the ruins of a military airplane, Carter’s images transport him, and the viewer, to a time and place of innocence and intrigue, using selective focus to guide our eyes. This is signature Carter at his best, and for more than three decades he has stayed true to his mission.

In 2009, his career was put to the test when he was diagnosed with a rare form of cancer in his left eye, ocular melanoma, resulting in severely reduced vision. Undeterred, Carter taught himself how to work with the computer while he was recovering from the effects of treatment. The result of this endeavor can be seen in one of his newer bodies of work, Natural Histories, which combines negatives from two different series, creating an apocalyptic world, which is part Lord of the Flies and part Gulliver’s Travels.

Keith Carter grew up in Beaumont, Texas, a small town near the Louisiana border, raised by his mother who worked as the local portrait photographer. Years later, Carter began his own photographic career, capturing the people and spirituality of the Southern landscape in which he was raised. In 1988, his first book of photographs was published followed by nine more titles. His works have been shown around the world and are part of numerous museum collections including the Art Institute of Chicago, San Francisco Museum of Modern Art, the Dallas Museum of Fine Arts and The National Portrait Gallery, Washington D.C.