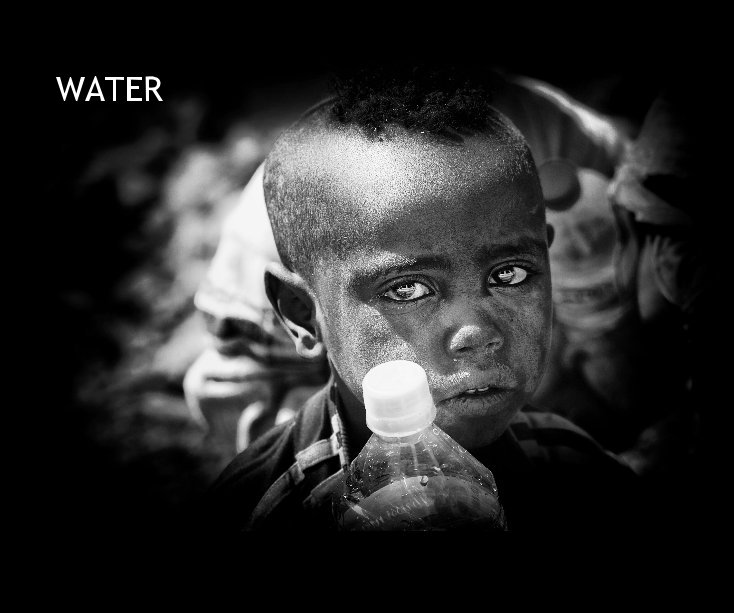 by a group of 127 photographers from 36 countries

We are a group of 127 photographers from 36 countries around the world who have joined creative forces and resources in order to raise awareness about what water in all its forms and shapes means to us as human beings: not only as a necessity to keep us alive but also as an everlasting source of beauty, joy, respect, strength,inspiration and happiness.

The profits of this joint book (20 euros per book) project will be donated to “Operazione Acqua e Riso”, a small organization - created by a group of photographers under the lead of Oliviero Masseroli - supporting communities in Bangladesh in getting access to clean water."

if you like to have a cheaper version get the mini Water book here:

if you like to join our next book project join us at http://www.kujaja.com

The historian Thomas Fuller said, “We never know the worth of water till the well is dry.”

And for more than a billion people that well of safe water is now dry. Take a moment to consider how many times today you have utilised the resource of water, and taken its accessibility for granted. You needed water for your morning cup of coffee and your hot shower. You needed water in the laundry and when you watered your garden. Water cleaned your dirty dishes and washed your car. Water filled your swimming pool and rinsed the fruit

But beyond these needs begs the simple fact that water is not merely a need, it is a right. And it is this right that places the worth of water beyond measure. In the most fundamental terms we and every other living thing on this planet rely on water to survive. We owe our human existence and all of nature surrounding us in entirety to the resource of water.

Currently four out of every ten people in the world are affected by water scarcity. This situation is worsening with the impact of climate change, population growth and water pollution. UNDESA estimates that by 2025 two thirds of the world’s population could be facing moderate to severe water stress. And you could be part of this statistic.

The right to water is an entitlement we cannot take for granted. As a resource it belongs to all life on earth and it’s supply, quality and access should be nondiscriminatory, regardless of individual economic circumstances.