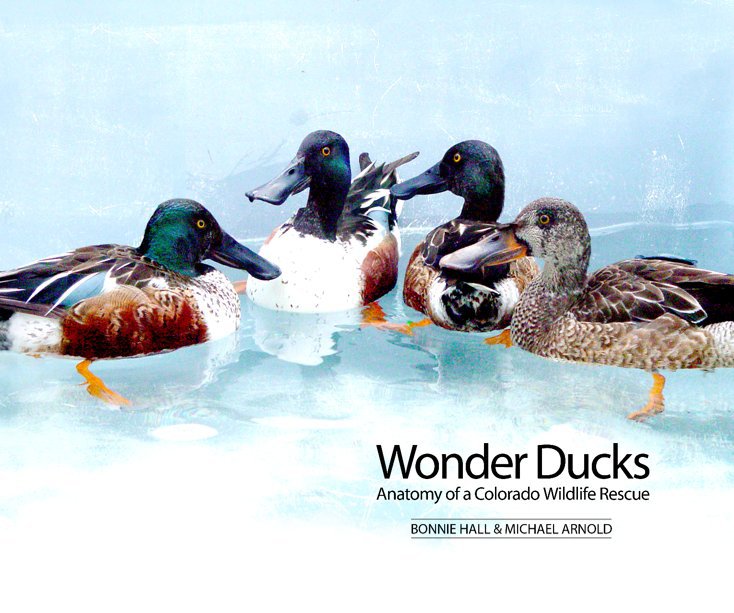 Anatomy of a Colorado Wildlife Rescue

The winter of 2006 into 2007 on the front range of Colorado was uncharacteristically harsh. A succession of snowstorms created a scene of miniature glaciers, snow-covered lakes, and rutted roads. At the Greenwood Wildlife Rehabilitation Center in Longmont, staff and volunteers who managed to make it in took advantage of the hushed silence and light patient load to get ready for a busy baby season. They repaired cages and housing for baby birds and mammals, cleaned and organized the ICU, ordered supplies, and updated animal care protocols and Center programs.

In the meantime, some forty miles away from Greenwood, a wildlife drama was unfolding at Denver’s largest wastewater treatment plant, the Denver Metro Wastewater Reclamation District. Ducks, mainly Northern Shovelers and Gadwalls desperate to find open water, had congregated in its warm basins and adjacent rivers and were dying by the hundreds.

On January 19th, Greenwood received a call saying that some of these ducks had been rescued, but were in dire need of help. Over the next two weeks, 61 beleaguered, waterlogged ducks filtered in to the Center, presumably having lost their waterproofing due to some sort of contaminant from the wastewater plant...

In "Wonder Ducks–Anatomy of a Colorado Wildlife Rescue", Greenwood volunteers and staff document the story of these distressed ducks and this wildlife center's quest to save them. Vivid layout of 125 + color photos enlivens the description of this difficult undertaking, and also illuminates some of the general challenges and joys of wildlife rehabilitation.

All profits from this book go directly to animal care operations at Greenwood Wildlife Rehabilitation Center.

Greenwood takes in approximately 2,500 to 3,000 wild animals each year including birds, squirrels, rabbits, foxes and raccoons. The Colorado Division of Wildlife and the United States Fish and Wildlife Service license Greenwood to provide professional care to wildlife orphans and injured wildlife while avoiding taming them, so that those deemed capable can be released back to the wild. In recent years, Greenwood has placed heavy emphasis on education, including coaching citizens on how to safely reunite young wildlife with their parents, thus dramatically reducing intakes. The Center maintains a small staff that works closely with veterinarians, a cadre of volunteers, and a board of directors. Funding for Greenwood comes primarily from private donors and grants.